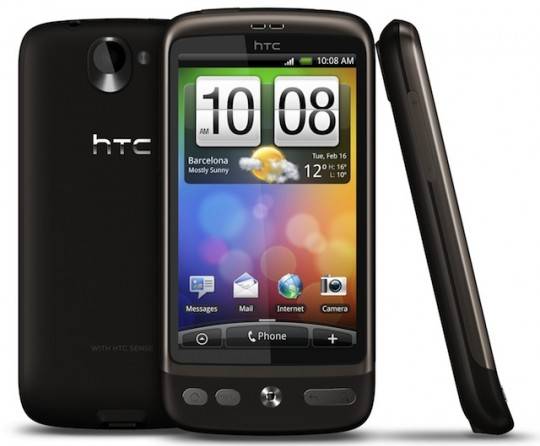 The smartphone we knew unofficially as the Bravo has been made official, and the HTC Desire is enough to put any Nexus One envy out of your mind.  The Desire has the same 3.7-inch AMOLED multitouch display as the Nexus One, but throws in HTC’s coveted Sense user interface complete with Exposé-style “helicopter view” for homescreen thumbnails.

There’s also European UMTS/HSPA 900/2100, an optical joystick, 5-megapixel autofocus camera with LED flash, WiFi, Bluetooth and a 1GHz Snapdragon CPU.  In fact the only real feature that the Desire lacks and the Nexus One has, is active noise cancellation; that’s apparently a cost-saving measure, to keep the Desire relatively affordable.  Unfortunately HTC have told us in a pre-brief that there are currently no plans to make a US-version, so Nexus One owners will have to wait for the inevitable hacked ROM.

More details over at SlashGear, and we’ll have hands-on video and photos with the new smartphones after the press conference ends.