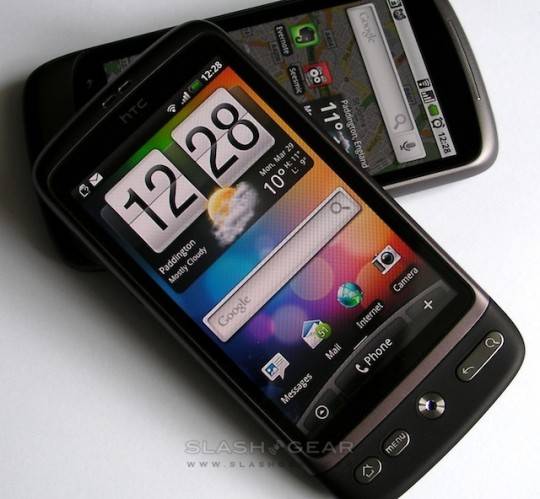 HTC has announced that the HTC Desire will indeed see a US launch, having up until now been available only in Europe and Asia.  According to the company’s official Twitter account, the Desire “is coming to the US via select regional operators in August.”

The exact details – such as which regional carriers and what sort of price tag the Android 2.1 smartphone will carry – are yet to be confirmed, with HTC saying it will announce them closer to the handset’s launch.  Similar to the Google Nexus One, which HTC manufacture for the search giant, the Desire runs a 1GHz Snapdragon processor but has HTC’s Sense UI.  More details in our review over at SlashGear. 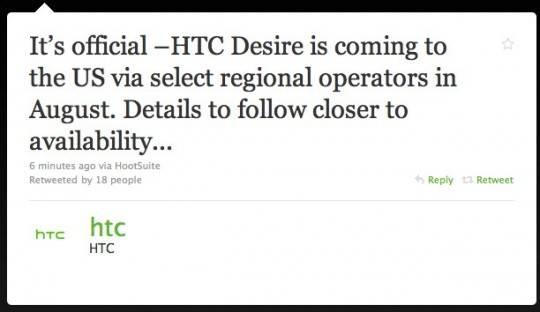