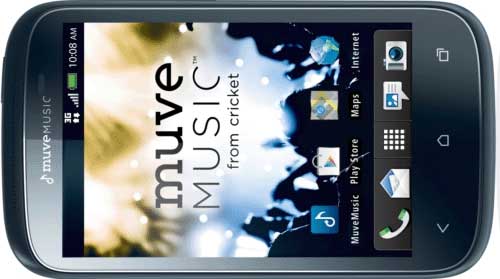 Cricket Wireless is bringing a new smartphone to its line up. The HTC Desire C promises solid features and specs at a reasonable price. That seems to be the general focus for most of the phones and devices released on Cricket. One feature the phone is clearly pushing is music playback, with Beats technology implemented.

Cricket has muve Music included in many of its monthly rate plans, so focusing on music playback is clearly high on its priority list. Besides good sound quality, the device also includes Android 4.0 modified with HTC Sense 4.0. Of course, the device has access to Google Play to download lots of apps.

That’s all well and good, but we need to get down to the nitty-gritty; the specs. The device comes with a 3.5-inch touchscreen, and a five-megapixel rear camera that, as you would expect, records video. Buyers of the phone will also receive 25GB of free online storage through Dropbox. The phone also includes a memory card slot for support of up to 32GB.