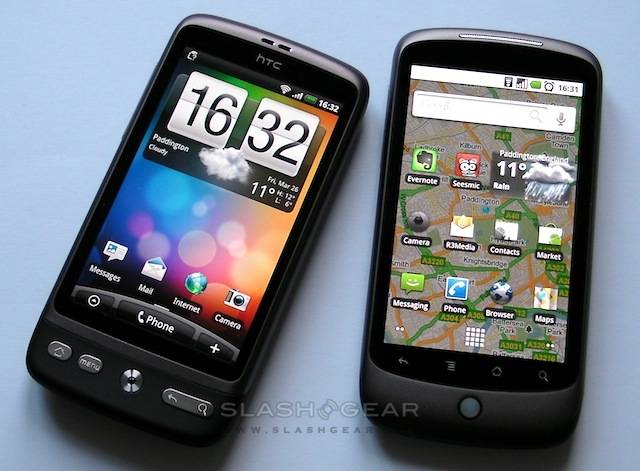 It feels like we’ve been waiting ages since Mobile World Congress and the launch of the HTC Desire, but the Android 2.1 smartphone is finally in our hands. Packing the same 1GHz Snapdragon processor as the Google Nexus One, but bearing the latest version of HTC’s alluring Sense UI, the Desire has a 3.7-inch AMOLED capacitive touchscreen, Flash Lite support and a 5-megapixel camera.

The Desire is set to go on sale through UK carriers T-Mobile and Vodafone over the next few days – in fact T-Mobile are already shipping handsets out this weekend, with deliveries expected to begin on Monday – and with the Nexus One still not officially available in Europe there’s a lot resting on this new device.  First impressions are certainly positive; the display is just as bright and eye-catching as we know from the Nexus One, and Sense whips along on the 1GHz CPU.

We’ll be putting the HTC Desire through its paces over the weekend and expect to have the full review up next week.  More photos plus first-impressions and a demo video (including Flash in the browser) over at SlashGear!