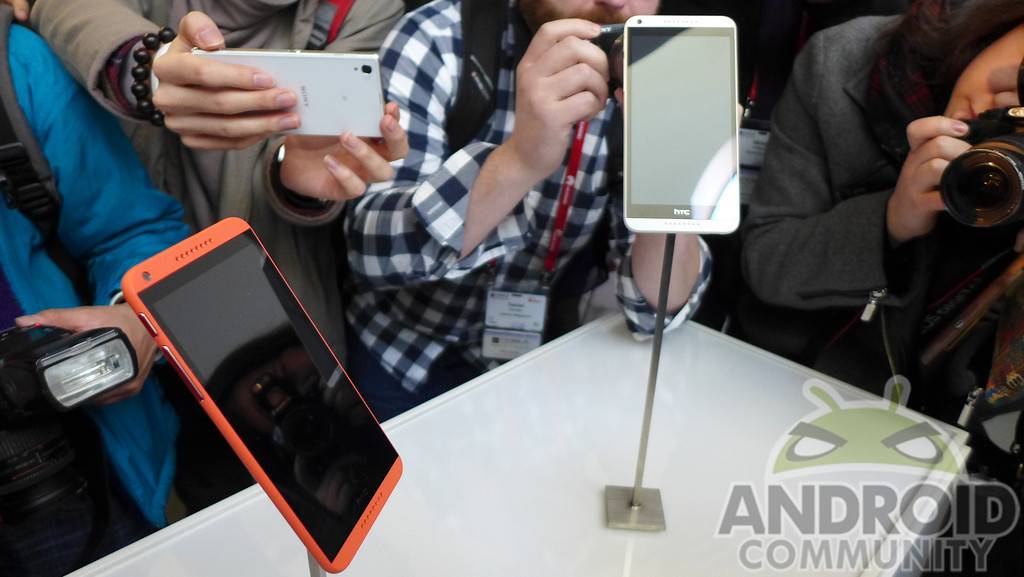 As had been rumored, HTC appears to be shifting some focus back to the mid-range. Coming out of Mobile World Congress were two smartphone announcements from HTC, both of which are in the Desire series. These include the HTC Desire 816 and the Desire 610. As we mentioned in the announcement post, the Desire 816 has a decent (read: mid-range) set of overall features and specs.

To that point, the Desire 816 was described as being a result of the “clear commitment” to the mid-range market. The specs begin with a near-phablet sized display of 5.5-inches. In this case the display is 720p. The handset is then powered by a Snapdragon 400 processor with 1.5GB of RAM and 8GB of internal storage.

We would love to shift focus from the specs and offer something of a hands-on experience. But as you’ve seen from the title and the images, HTC didn’t have these available for us to play with. We can say they look fairly nice, however any attempt at touching the handset resulted in being told “not to touch.”

We weren’t able to touch, and naturally, that means not being able to turn the handset on. They did however have one unit running a demo (seen below). Otherwise, based on the eyes-on approach, the Desire 816 seemed to be rather shiny. It also happens to be made of plastic. With that in mind, the handset is expected to arrive in China next month, and then spread out globally in April.