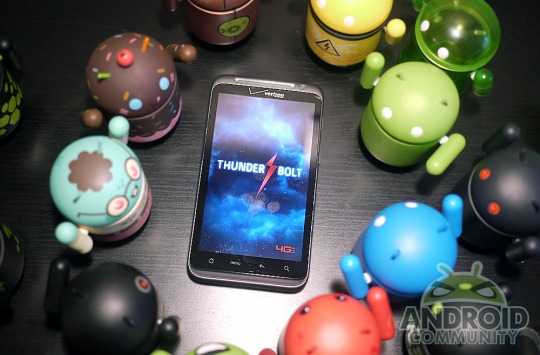 HTC has announced a time frame for the update to Android 4.0 Ice Cream Sandwich for many of its devices through Facebook. The company was responding to a flood of users asking when their particular device will be getting the ICS update, such as the Thunderbolt and Desire S. The time frame given for both of those devices was “by the end of August,” so watch out HTC faithful, because it looks like you’ll be getting Ice Cream Sandwich pretty quickly here.

HTC also says that the update will roll out to all of the devices “that have been announced” by the end of the month too, meaning that any devices left over from the company’s recent ICS update frenzy – such as the DROID Incredible 2 – should be taken care of by the time September arrives. HTC does warn that while it’s planning to have the Desire S update out the door by the end of August, it may not be able to so. Should that end up being the case, HTC promises that it will update Desire S owners about any kind of delay.

The Desire S was originally supposed to get the update to Ice Cream Sandwich back in June or July, but when HTC cancelled the ICS update for the Desire HD, a lot of Desire S owners were worried that the company would cancel their update as well. That doesn’t appear to be the case, so Desire S owners can breathe a sigh of relief. The Thunderbolt was scheduled to get Ice Cream Sandwich sometime in July or August, so as long as HTC delivers the update by the end of the month, it will still be within its original time frame.

Of course, things don’t always go as planned, so it’s possible that HTC may miss the window it has given itself to get ICS on these phones. It sounds like HTC is pretty confident that it can get the update by out the end of the month, but just in case, you might not want to get your hopes too terribly high. We’ll update you if HTC announces a delay for any of these handsets, so keep an ear to Android Community.