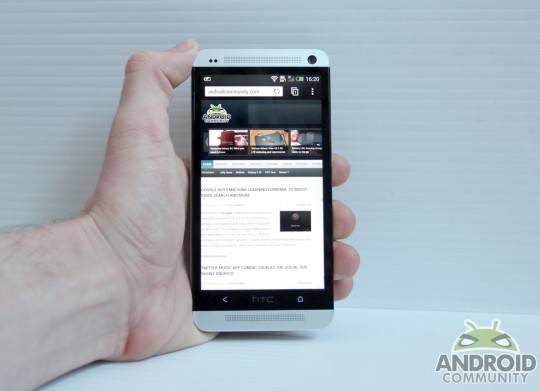 HTC has a lot riding on its new flagship smartphone, the HTC One. The company believes that this new smartphone will be THE smartphone to get HTC out of its financial rut. HTC’s CEO, Peter Chou, has also stated that if the HTC One is not successful, he will step down as CEO. Chou spoke with HTC’s senior executives late last year about his decision, and is going all in with the HTC One.

Chou’s bet was a good bet, seeing as how reviewers and consumers alike have been praising the HTC One and its premium build. However, despite glowing reviews of HTC’s new flagship smartphone, both Chou and HTC had an unexpected change in fortune. The company had difficulties securing the supplies necessary to get the HTC One shipped out by its mid-March deadline.

The delay in shipping was unsettling for both HTC and resellers alike. Many businesses were planning on selling the phone mid-March, and HTC hoped to get the devices in the hands of consumers before the Samsung GALAXY S 4 hit the shelves. The company said that its supply woes occurred because it is no longer considered a “tier-one customer”. It lost its status due to its lack of phone shipments last year.

HTC still hopes to satisfy pre-orders by the end of March, and get the HTC One out to several markets at the beginning of April. However, since its about 2-3 weeks late on shipments, there’s a good chance that the Samsung GALAXY S 4, which is said to be launching by the end of April, will have a huge effect on HTC’s sales. The device will also see competition from Sony’s flagship smartphone, the Xperia Z.

HTC faces an uphill battle, but hopefully the hype surrounding its flagship device is enough to drive customers away from the S 4 and into its direction. HTC also has a new marketing officer, and it plans on dramatically improving its marketing plans this year in order to get its devices known and out there. On the plus side, many consumers are impressed by the HTC One, and have said that they are planning on getting it as their next device.