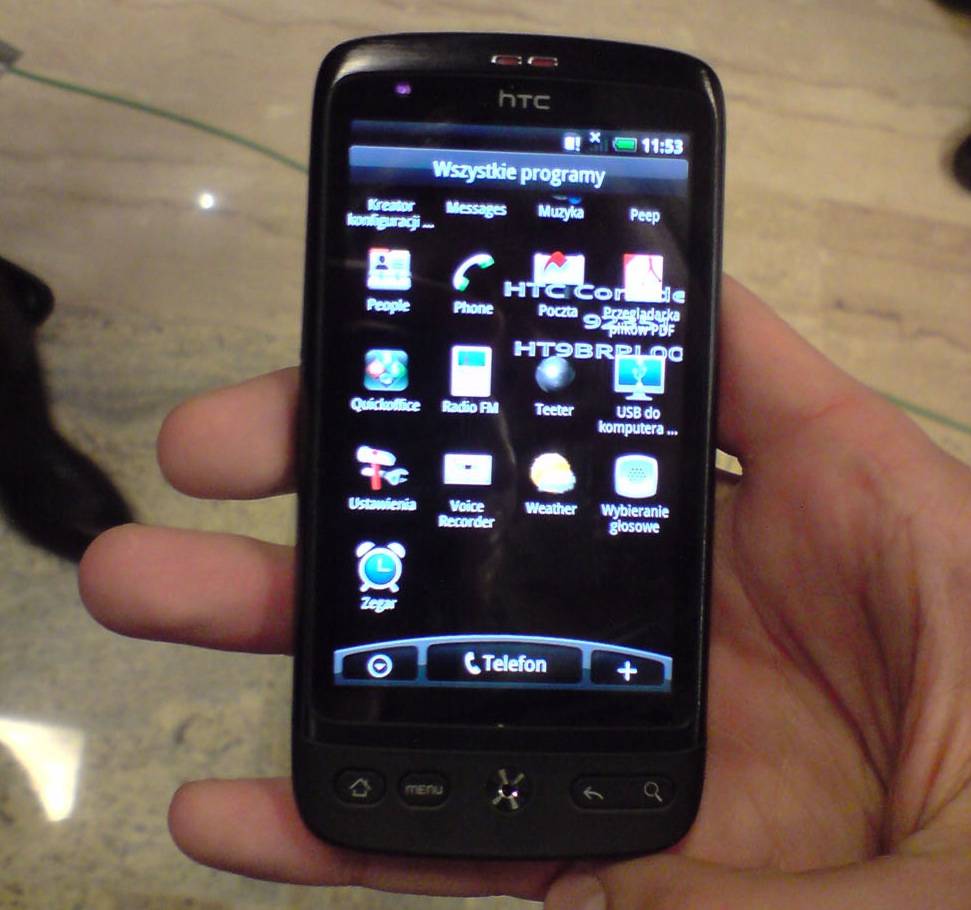 We’ll never turn our noses up at another leaked image of the HTC Bravo, and happily that’s just what’s arrived from Poland.  It’s not entirely clear how it happened, but HTC apparently showed off a Bravo and a Legend there.

As we knew before, the Bravo has a 3.7-inch WVGA AMOLED touchscreen, Snapdragon 1GHz processor, 5-megapixel camera with 720p HD video recording, and HTC’s Sense interface.  In fact it’s basically the HTC-branded version of the Nexus One, though you do get an optical trackpad rather than a trackball.

Unfortunately, they didn’t let the tipster grab a photo of the Legend, though he did describe it.  Apparently it’s smaller than the Hero (which it’s tipped to replace), has a full aluminum body and an AMOLED display (believed to be running at 800 x 480, though that’s not confirmed), together with a 5-megapixel camera with flash.  It’s expected to launch in March 2010.