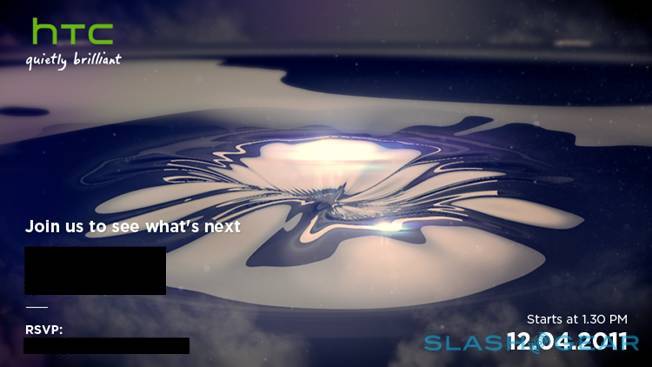 HTC has announced a UK press event on April 12, where it promises to show “what’s next” in its range. Although HTC’s invite is short on clues, the likeliest candidates for an unveil are the new HTC Pyramid dual-core smartphone, or the European version of the HTC EVO 3D which was officially announced for Sprint last week.

However, they’re not the only devices HTC has been rumored to be preparing. The company is also expected to announce two further Android tablets, this time running 3.0 Honeycomb on larger displays than that of the HTC Flyer.

Of course, it could also be a new Windows Phone device, though rumors around Microsoft’s OS have been a lot quieter than on the Android front. Let us know your predictions in the comments, and we’ll be bringing back all the news from April 12!