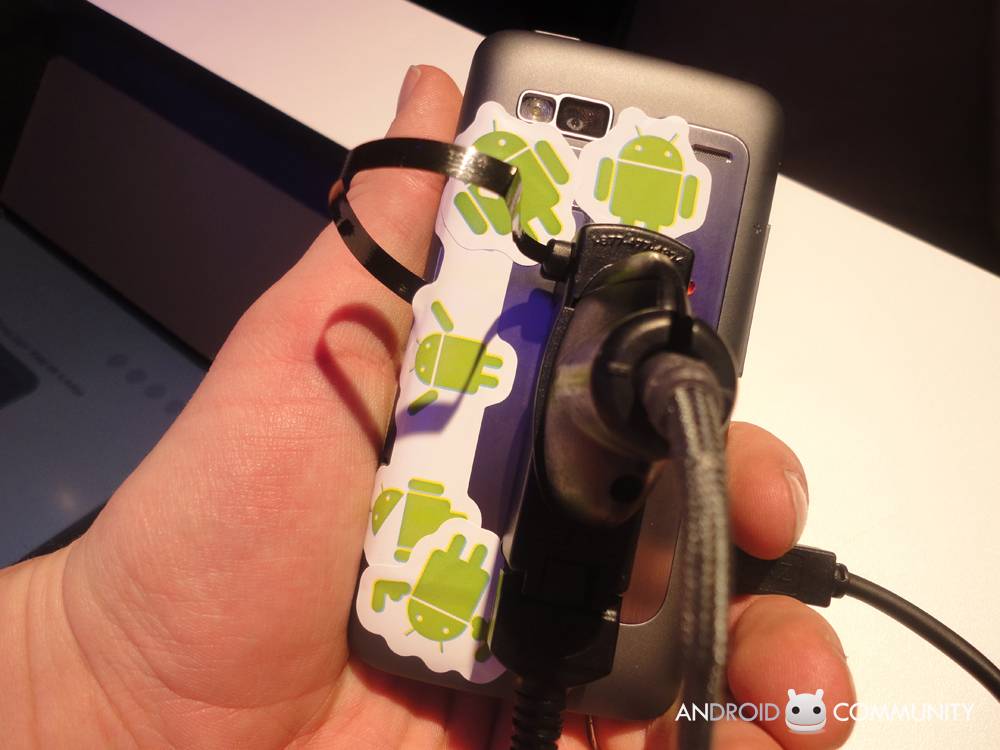 We’ve been digging through out Mobile World Congress 2011 albums these past few days and just a moment ago we discovered this little gem. Can you tell what’s going on here? It’s taking place at the HTC stand, the same day the Facebook phones and the Flyer were released, earlier in the day, before they were put out. Perhaps some background information would be helpful: MWC 2011 was riddled with whispers of theft and misplacement of products, many cell phones and other such devices being stolen because security was no more than a lock on the battery cover of many devices. HTC had the most brilliant idea here to combat such evil – stickers!

That’s right, HTC decided that instead of having people take off their battery pack covers, instead of running the risk that they too would fall victim to the device snatchers, they’d up their security with some official Android stickers all along the backs of their devices. Did it work? Maybe – we didn’t hear a single report of an HTC product being stolen. On the other hand, they did have some trouble with people taking handfuls of their allotted amount of Android pins from Google. Oh well!