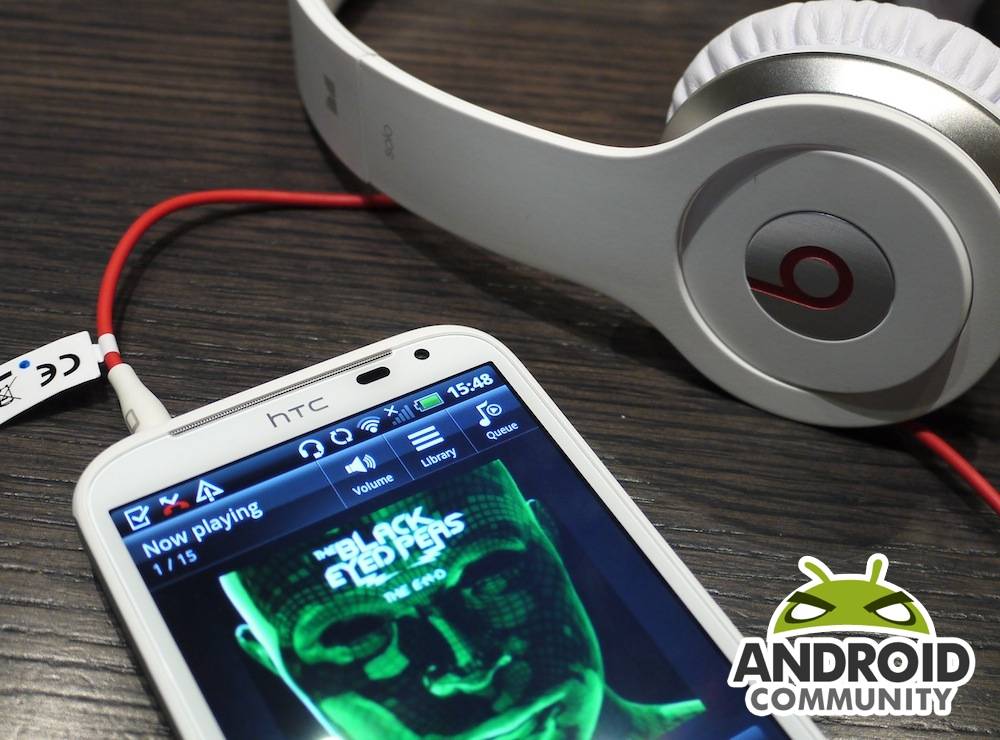 HTC is looking to expand their reach and partnership with Beats Audio by taking on music streaming providers such as Spotify and Pandora. According to new details revealed by GigaOM, HTC and Beats Audio co-founder Jimmy Lovine are planning their own Beats-powered music streaming service for HTC smartphones and tablets.

Reports also suggest possible HTC/Beats Audio branded bluetooth speakers and docks that we might be seeing this month at Mobile World Congress. HTC already offers speakers with the HTC Rhyme but according to these tipsters they are also looking to release a more powerful and substantial “wireless boombox” to offer with their devices. We are hearing that HTC has been in talks with Spotify and many other music streaming services in the recent past trying to work out some sort of deal — but have failed miserably and weren’t able to get anything done.

The failed attempts to partner with some other services actually isn’t that bad though. Beats Audio co-founder Jimmy Lovine also happens to be pretty big guy around the music industry and is the head of Geffen A&M, a Universal Music subsidiary. Using his added weight and powers to help seal the deal with record labels and get some official licences out of the way could really help HTC in this situation.

HTC currently offers HTC Watch to users that want to stream movies and TV shows so this could be one more additional feature to add to their list. We don’t have any further details, nor do we know if this will be a free service like Google Music, or a paid subscription like Spotify and others. Hopefully we’ll learn more at Mobile World Congress in a few weeks. With three new impressive phones coming soon, Playstation Suite certification for gaming, HTC Speak Siri alternative, and now music streaming on the horizon HTC is looking better and better for 2012.