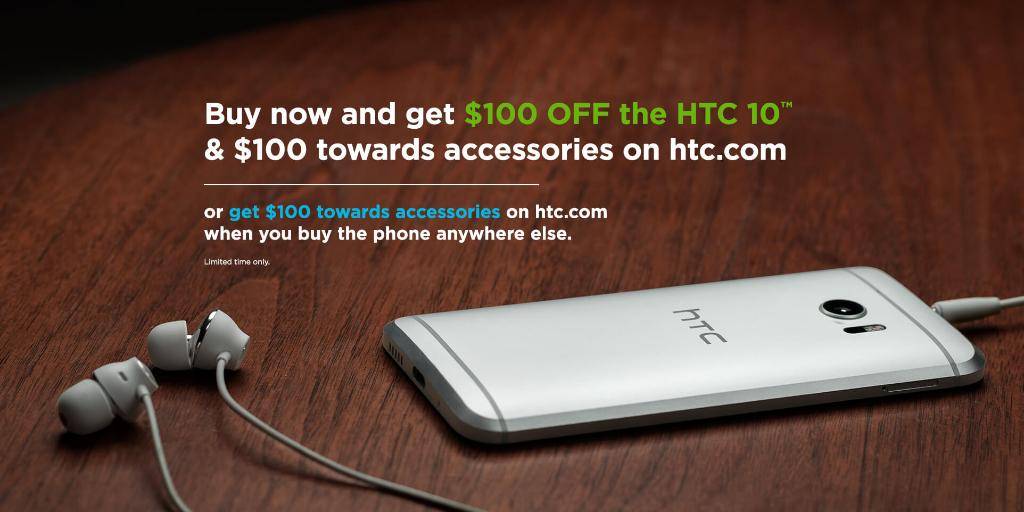 When HTC announced last month that they were slashing off $100 on their newest flagship, the HTC 10, if you buy it directly from the official site, people were either excited and bought it immediately or they were suspicious as to why it was such a large discount. It was supposed to have ended by July 31, but now the Taiwanese OEM has announced they are extending it to August 7, so you still have a few more days to decide whether or not to bite.

Probably one of the reasons why they decided to prolong the $100 off sale is that Samsung has just launched its Galaxy Note 7 and so this means another player added to the flagship high-end market. So instead of paying $699 for the HTC 10, you now just have to shell out $599 if you buy directly from the company’s online store. You’re only limited to four purchases though, in case you get any bright idea to put up your own online store.

If you buy the smartphone from other stores, you can get $100 credit that you can use to buy accessories on the HTC online store. You just need to fill up a form on their site then wait for the email that will give you your coupon code when your IMEI (detailed instructions on how to get the IMEI on your phone) has been verified.

The HTC 10 hasn’t been the most well-received among the recently released flagships, and obviously, the sales have also been less than what they’ve been expecting. But if $599 is something you think you can live with, given the specs of the smartphone, then go for it.