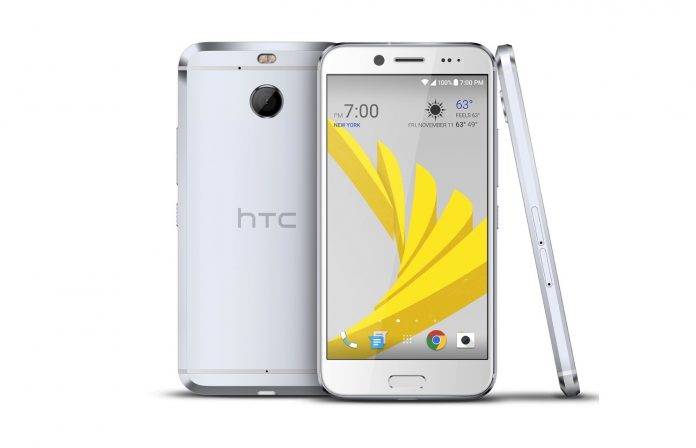 Just in case you missed it, the HTC Bolt has just been announced with no other than Usain Bolt as its endorser. The smartphone arrived in the United States with Snapdragon 810 inside and not so surprisingly, with no headphone jack. We’ve been waiting for the HTC Bolt since the Arcadia was sighted on the FCC last month. We learned that it may have a 2K display, BoomSoung audio, and possibly an IP57 rating.

As we mentioned a few days ago, the HTC Bolt will also be available in other markets particularly the EMEA region but with a different name. The HTC Bolt will be known as the HTC 10 Evo in Europe, Middle East, and Africa. We know HTC has this habit of renaming phones released in different regions but mainly the ones announced in the US are different. We can’t say it’s more special but you know how some companies and mobile carriers are.

We’ve been saying the HTC Bolt comes from the Thunderbolt series but now we’re learning it’s part of the HTC 10 line but as less premium variant. It will not compete with the Google Pixel or LG V20 but for fans of HTC, it can be a more affordable alternative to the more expensive HTC 10.

This HTC Bolt aka HTC 10 Evo comes equipped with a 5.5-inch Quad HD screen, Qualcomm Snapdragon 810 processor, 16MP rear camera with OIS, 3GB RAM, 32GB onboard storage, and USB Type C port. HTC removed the 3.5mm headphone jack but you can use a pair of USB-C headphones. Out of the box, the HTC 10 Evo already runs Android 7.0 Nougat.

Price tag reads $600 so it’s not really mid-range after all. You can get it with a two-year contract for $25 per month. Available in gunmetal or silver.