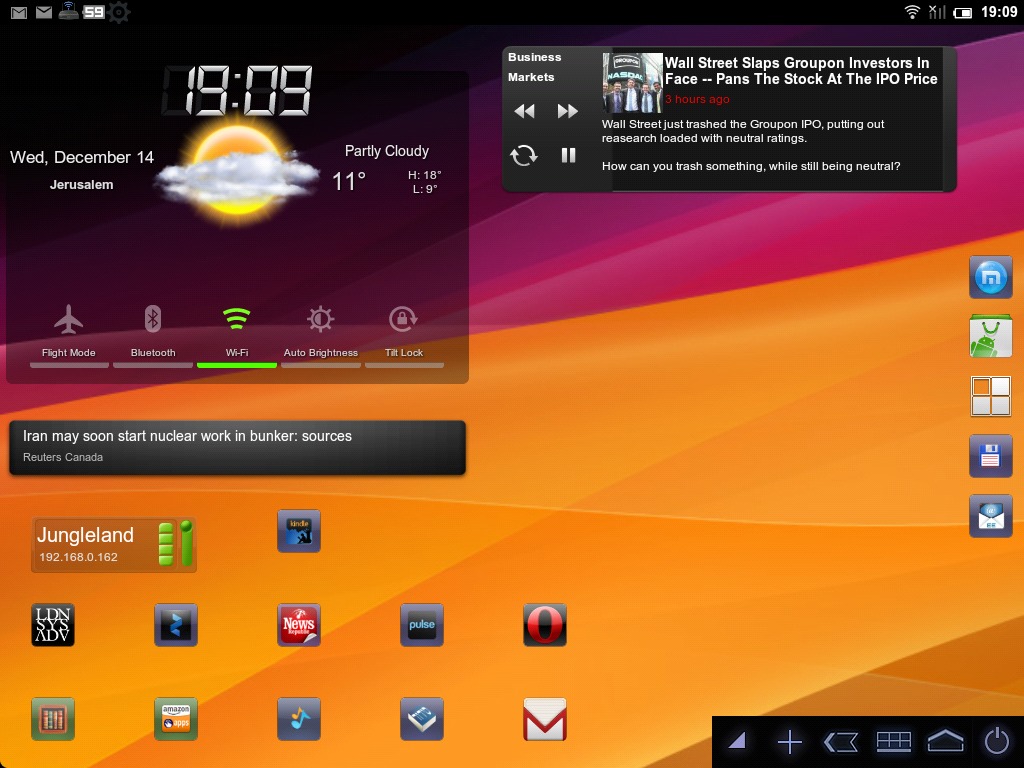 We’re likely to see Android development progress quicker now that HP decided to disperse WebOS as an open source OS, and recent news suggests developers are getting excited. MIUI, an extremely popular visually modified/skinned version of CyanogenMod, has started to make its way over to the HP TouchPad. This is an extremely stable Alpha version, and would suffice for daily use.

All main components are working: Audio, WiFi, Bluetooth, touchscreen, charging, all sensors, headphone port, gallery, YouTube, and even the many MIUI themes. Bear in mind, none of this would be possible without the countless hours of work put in by the CyanogenMod team. Thus, as CM7 becomes more stable on the HP TouchPad, MIUI will follow.

The above YouTube clip really shows how fluid this MIUI ROM works out on the WebOS native device, and is overall quite impressive. The CyanogenMod team recently released Alpha v3.5, drastically reducing bugs and increasing game performance. They suggest this update increases the overall fluidity and 3D rendering, so it’s safe to say we can expect an update to the MIUI port soon.