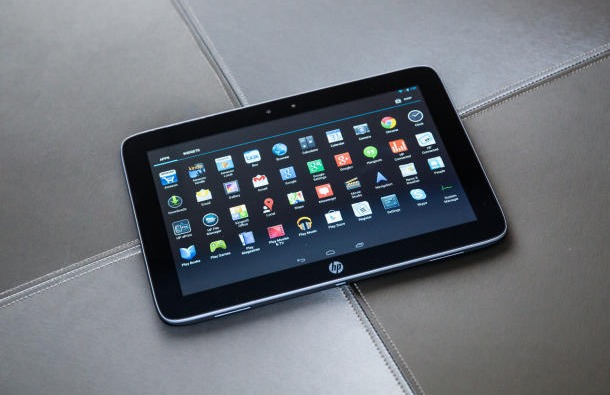 Hewlett-Packard is set to add to an already loaded tablet market with three new products – the HP Slate 10 Plus, the HP Slate 8 Plus, and the HP 10 Plus. The three products already have official images, but have not been officially launched, this according to German tech site Mobilegeeks.de. The devices may be launched within the next few weeks. Let’s take a closer look at how these new tablets stack up.

The first tablet is the HP Slate 10 Plus, and it carries the “Slate” branding that HP has chosen to push for its tablet products since they began selling them. The source blog claims that the devices are made by Chinese tech manufacturer Huawei, and that this specific model is identical to the Huawei MobilePad 10 Link +.

The tablet will have a 10.1-inch IPS screen with 1280×800 resolution powered by a quad-core HiSilicon Balong V9R1 processor running at 1.5Ghz. The device will reportedly have 1GB of RAM and 16GB internal storage. The Slate 10 Plus will also have LTE connectivity, plus a 3MP rear camera and a VGA front camera. The device will reportedly be running a version of Android 4.4.2 Kitkat, although it remains to be seen if HP will have a tweaked version on board. Reported retail price is around USD$430.

The Slate 8 Plus is reportedly a virtual twin of the Huawei MediaPad M1, and replicates most of the Slate 10 Plus’s specs on an 8-inch IPS panel with 1280×800 resolution. It sports the same processor and features as its 10-inch sibling, only that the 8-inch version may not carry LTE-capability due to the 3G modem that is found in the device. Retail price is reportedly around USD$400.

The third tablet is the HP 10 Plus, another 10-inch tablet which curiously does not carry the “Slate” branding. The HP 10 Plus is fully a “WiFi only” model, lacking mobile internet connectivity, but its other specs look more solid than the Slate 10 Plus.

The 10.1-inch IPS display has a 1920×1200 resolution in a 16:10 aspect ratio. This is powered by a yet undetermined ARM Cortex-A7 quad-core chip that will reportedly deliver 1.0Ghz per core. There will be 2GB of RAM for this model, plus the standard 16GB for internal storage. The front-facing camera is 2MP and the main camera comes in at 5MP. It will also reportedly be running Android 4.4 Kitkat. The pricing for this WiFi-only tablet is around USD$320.