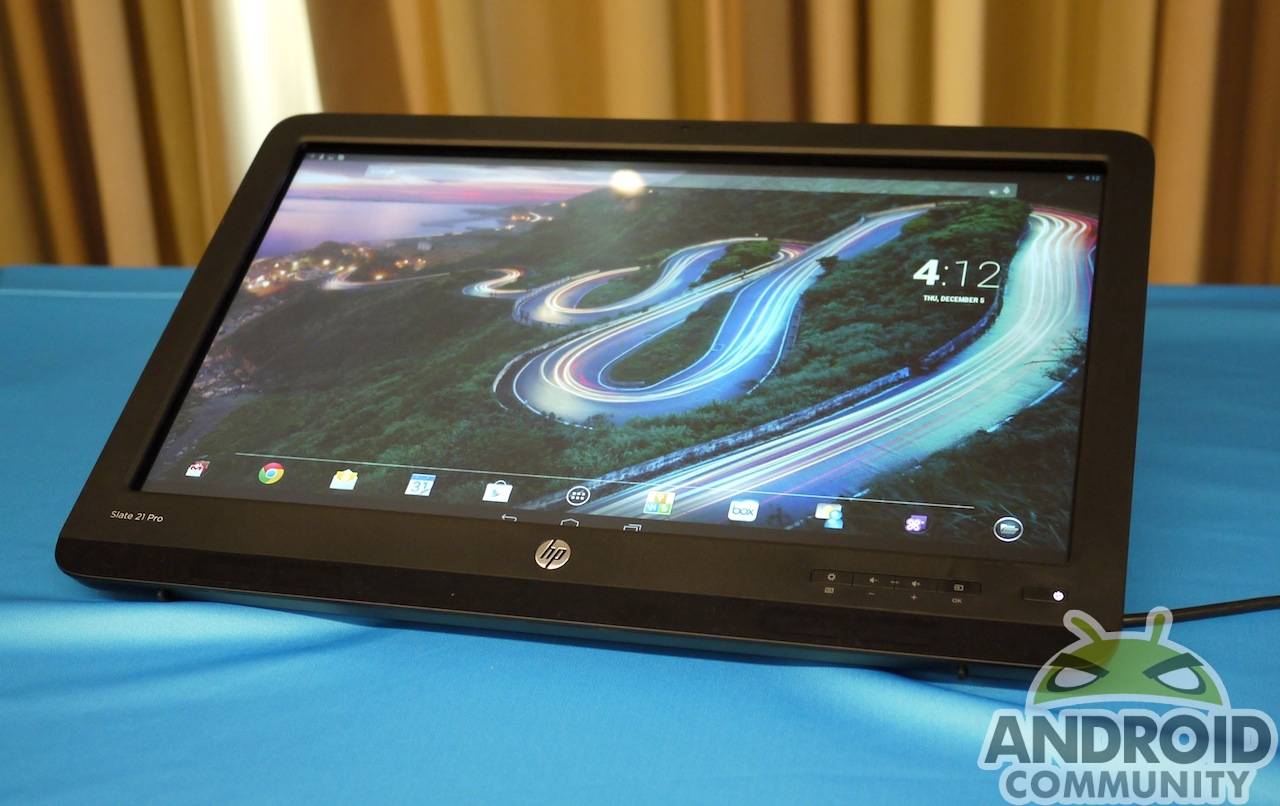 It seems that Android is slowly entering into a new device category. Over here at CES 2014, we’re seeing quite a number of all-in-one computers running the mobile operating system, and HP‘s Slate21 Pro is just one of the latest that we’re getting our hands on to try out.

Describing the HP Slate21 Pro as a giant Android tablet isn’t really that far from the truth. After all, it does run on NVIDIA‘s mobile processor, the quad-core Tegra 4, giving the device enough muscle to run not only business and productivity apps but even some games on the side. The 21.5-inch display has a Full HD resolution and uses IPS technology, so you don’t have to worry about running out of screen space. Unlike your more portable run of the mill Android tablet, however, the Slate21 Pro is endowed with a variety of ports you’d only find in a regular computer, including full size USB and HDMI ports. It even has an Ethernet port for connecting via ye old LAN cable.

On the software side of things, HP’s first commercial Android AIO runs Android 4.3. While not exactly the latest KitKat, it is at least recent enough to have one particular feature that should be useful in enterprise scenarios: restricted profiles. Of course, HP augments the software one would normally find on Google Play Store with apps and services from Citrix, such as Citrix Receiver and XenMobile, making the Slate21 Pro an attractive option for IT managers.

The HP Slate21 Pro sells for a suggested retail price of $399 and is now available in the US. New buyers will be able to snag up 50 GB of cloud storage from Box, though HP warns that the offer may change at any time without notice.