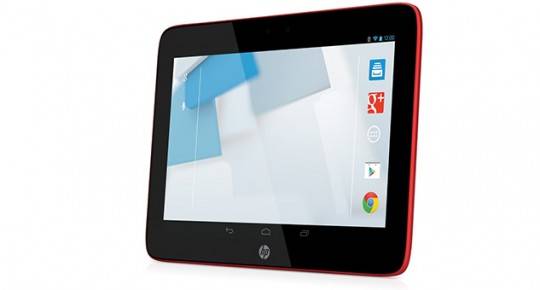 The HP Slate tablets have been on our radar for some time now, though nothing of note has materialized. Now we see that HP has slid two different models through the FCC, though not much is known about them. Other than at least one will run Android, the details are light.

We’ll start with the HP Slate 10 HD, which sports a 1280 x 800 10-inch screen and Marvel PXA986 ARM SoC. Liliputing is reporting that it will also have Beats Audio, which could be the cause for the red housing. The Slate 10 will run a variant of Android, and we’re hoping HP doesn’t leave potentials users lagging behind.

The other tablet is dubbed the HP 10 1900, which we’d like to assume is a hint at a better screen resolution. a 1280 x 800 10-inch screen is a bit dated, but something more dense would be appreciated. While we know the Slate 10 will be an Android tablet, nothing was noted about the HP 10 190o’s operating system.

Both tablets have similar specs, too. Each will have GSM and CDMA capabilities, standard WiFi credentials, and Bluetooth 3.0. The Slate 10 is also said to be offered in WiFi or 4G variants, and support Micro SD Card storage as well as sport a front and rear camera. While not the best tablet (or maybe tablets) you can get with Android, the price will be the real determining factor.