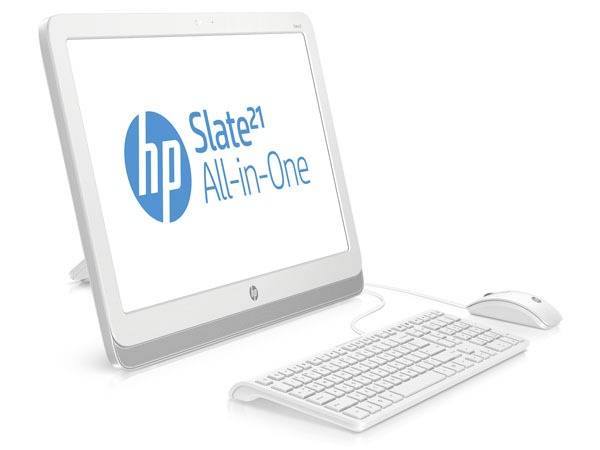 It could be that HP is working on a new Android device with curious high-performance specs. Or it could be nothing. Still, the GFXBench device performance website marked the visit and benchmarking of one such device known only as “HP red”, and listed down the specs for posterity.

If HP would release this monster to retail, it has a curious mix of specs – a 16-inch 2048 x 1536 pixel multitouch display, powered by a Qualcomm Snapdragon 800 series quad-core processor. The device also had 2GB of RAM, 16GB of storage, front and rear cameras, and was running on Android 4.4 KitKat. 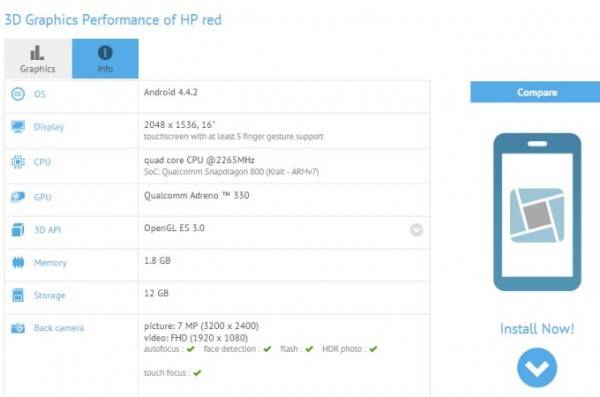 If you think about it, 16 inches is way too much for a tablet-type device. Remember that Samsung’s Galaxy Tab series tops out at 10.1 inches. For comparison, check out your 14-inch laptop’s screen. The ‘HP red’ is two inches larger across the screen. It could be a new model of HP’s all-in-one PC devices – they did have one of those running an Android OS before. But the funny thing about it is that this 16-inch monster has all the makings (and specs) of an outdoor/carry-along type of device – it has Bluetooth, WiFi, NFC and GPS.

So what is it? Well, we can speculate all we want – the bottom-line is that it is a pretty powerful Android device with a ludicrously ginormous 16-inch screen. Then again, it could be a hoax, or someone tweaking the name of their new device to “HP red” to throw off the competition. We will all have to wait and see with this one.