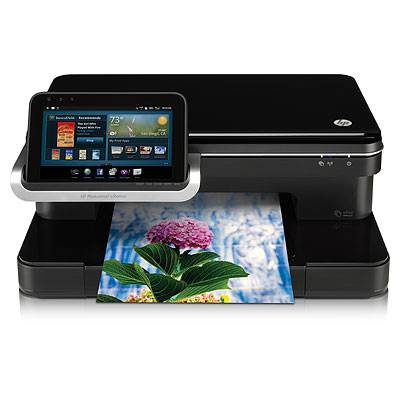 The HP Photosmart eStation C510 Printer with Android Tablet has been quite the buzz around the internet since it’s announcement. It’s a $399.99 printer that will also yield a 7-inch Android 2.1 tablet. Now although it’s not a full featured tablet, it’s uses with the printer are quite impressive.


Designed to act as a “wireless digital companion and control panel for remote printing” the detachable tablet offers up something we have yet to see in a printer. Other than it’s print managing capabilities it’s relatively lackluster in appeal to tablet users.

It has no access to the Android Market but is equipped with some basic apps. Equipped with Yahoo! Search, Facebook and Snapfish, your options beyond the apps preinstalled are very limited unless a root comes along.

If you’re interested in the printer/tablet combo you can pick yourself up one now at HP.com, or find a reseller.