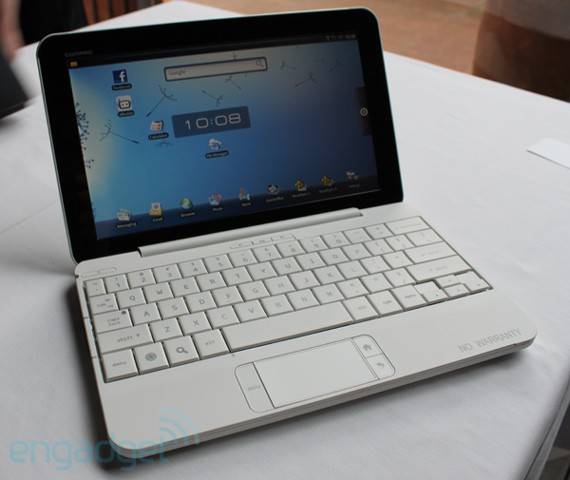 This isn’t the first time that we have heard news about HP’s Compaq AirLife 100. This is an Android powered netbook that we have known about since MWC. It has finally passed through the FCC and now the full specs are now available.

It features a 10-inch screen, 1GHz Qualcomm Snapdragon processor with Wi-Fi / 3G connectivity, 512MB of RAM, and 16GB of flash storage. The screen is a resistive touch screen but it doesn’t have multi-touch capabilities. It’s not yet known if this device will have market access but HP has a list of apps that will come preloaded. The AirLife is set to launch soon in Latin America and in parts of Europe, it has been spotted on their US site as well so it could be available here at some point. The official word from HP is expected soon.