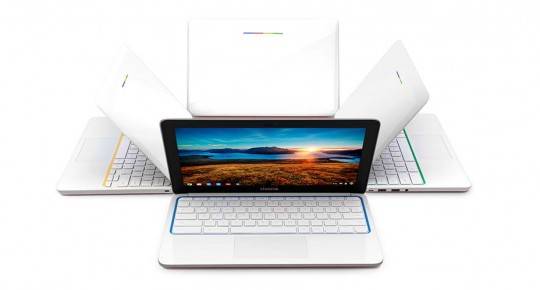 The HP Chromebook 11 has been returning to an available status following the charger recall. The Chrome-running notebook has come available direct from HP as well as with Amazon and from the Google Play Store. The catch remains though, for now, the Chromebook 11 is only available with WiFi in terms of connectivity. HP had said an LTE model was in the works, but haven’t offered much beyond that just yet.

But with that in mind, it seems we are learning a bit about how the LTE will be delivered to the notebook. Details coming from a recent Reuters report cite Altair Semiconductor as the chip manufacturer. There hasn’t been much in the way of specifics here just yet. For example, HP has yet to announce the release date or pricing for the Chromebook 11 with LTE.

Instead what we know is the chip will be made by Altair and that it will be able to provide LTE coverage through the Verizon Wireless network. While the LTE coverage should be a good bump for those venturing away from a WiFi connected area, it is important to note this setup will not provide for any 3G connectivity. Of course, the Verizon LTE network is fairly widespread so that may not be as much of an issue these days.

Altair wasn’t able to say how much affect this would have in terms of the end-user pricing, however the decision to provide LTE as opposed to LTE and 3G did come down (at least partially) to cost. Eran Eshed, vice president of marketing and business development at Altair mentioned that “by focusing on 100 percent LTE and eliminating costly 3G components, we were able to help our partners lower the cost of this critical LTE connectivity feature.”