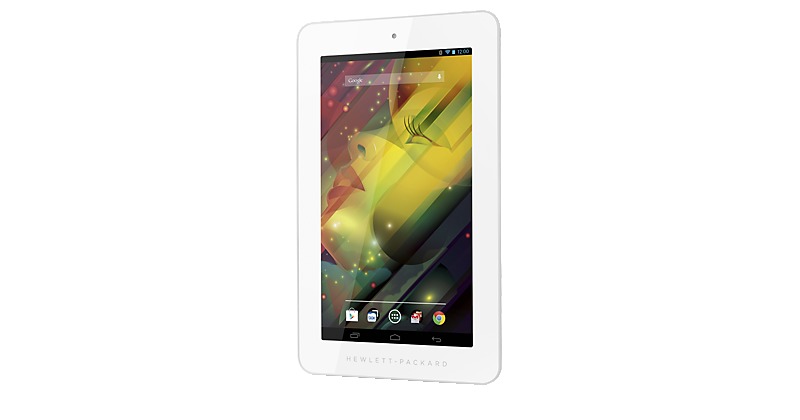 HP just loves its affordable mobile devices. After outing a series of Chromebooks, the company is back to its Android tablet line, this time with another 7-inch HP 7 Plus slab that will probably keep your wallet happier than your eyes or fingers.

It might be easy to confuse the HP 7 Plus with the HP Slate 7 Plus, a variant of the HP Slate 7 brand that was announced late 2013. Though similar in many aspects, that one ran on an NVIDIA Tegra 3 processor, sported a 5 megapixel rear camera. Compared to this new one, it was slightly bigger and heavier. Not to mention also more expensive.

With the HP 7 Plus, HP toned down a lot of the specs in order to meet a certain price tag. First, the processor has been switched with an Allwinner A31, a quad-core SoC running at 1.0 GHz on each core. Fortunately, RAM and storage remained the same at 1 GB and 8 GB, respectively. The front-facing camera is the same 0.3 megapixel one on the Slate 7 Plus, but the rear camera has been downgraded to 2 megapixels only. The display is the same 7-inch IPS screen with a 1024×600 pixel resolution. Not enough even for HD viewing.

The good news is that the HP 7 Plus is quite slimmer and thinner than its Slate namesake, making it ideal for taking around with you, in your bag or in your pocket, if you don’t mind the bulge. Even better news is that HP is selling the tablet for only $100, making it one of the cheapest entry-level tablet in the market to come from a reputable brand.