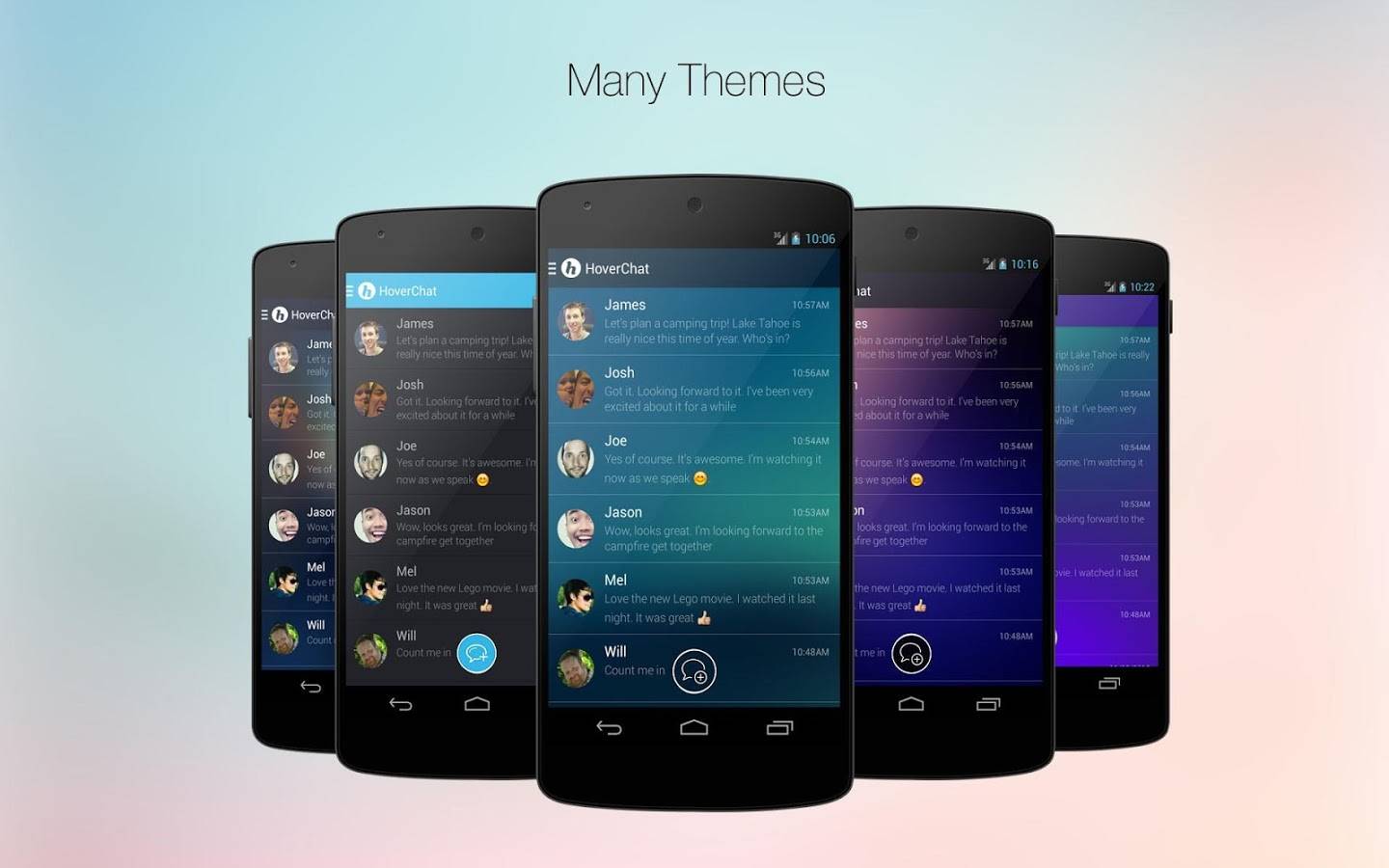 For some mobile phone users, SMS is more of a transient activity that might be an annoying interruption at times. HoverChat tries to keep that annoyance to a minimum by keeping most of the messaging app’s interface out of the way and using floating heads instead.

Facebook‘s Chatheads inspired a new way of dealing with mostly temporary content like notifications and messages that has been used and abused by many apps and even whole custom ROMs. The idea has merit, definitely, as long as it is done tastefully and in good measure. HoverChat attempts to do just that by taking the Chatheads metaphor, limiting it to, at least for now, SMS and MMS, and throwing in some features that could help you keep sane, and even adding a small dash of encryption to the mix.

Perhaps the greatest benefit that HoverChat offers is the configurability of its “popup heads” feature. If you do not care for that at all, you can simply disable it and the app behaves like any other messaging app, albeit sporting a different and, as we shall see, very customizable appearance. But of course, HoverChat is really about those heads. The app does let you individually toggle the feature for each and every contact so that you get to choose which heads you would like to show up and which ones remain confined inside the app. Like Facebook’s implementation, the popup heads appear when a new message arrives, with the contact’s photo inside a floating circle, also configurable, and the message in a popup. Again, HoverChat puts its own spin on the idea and also includes an option to render that message popup translucent, allowing you to see the message and still see anything beneath it.

HoverChat offers users a lot of bells and whistles when it comes to customization right out of the box. For one, you’re not really limited to using a round head like Facebook does. You can choose from hearts, stars, flowers, bubbles, squares and even some animated heads from the store. Different color themes are also available for the choosing. HoverChat even lets you pick up a font style to match. Not all of these come for free, however, and some of them do cost a dollar. The $3.99 premium version, however, supposedly covers all of those in-app purchases, though the app’s description doesn’t really mention it.

HoverChat has one final feature that gives justice to its former name of Ninja SMS. It has what it calls an Anti-NSA mode that lets users encrypt their messages. However, Ninja mode only works among ninjas, meaning that the option, buried beneath the per-contact popup settings, is only available when communicating between other HoverChat users as well, which might negate the purpose of the feature.