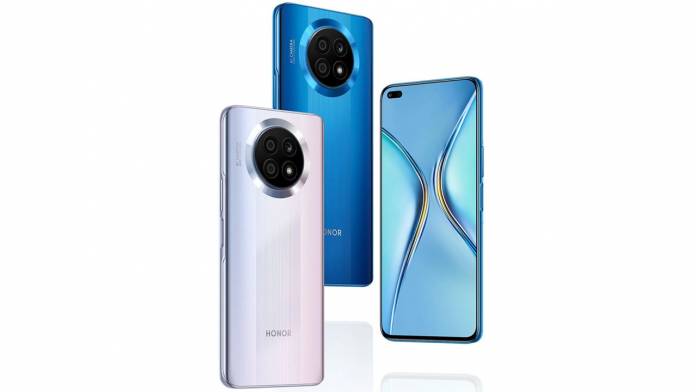 The Honor X20 SE was revealed in June and now another smartphone is going to join the lineup on August 12 in China. Yes, we are talking about the Honor X20 which has been officially confirmed by the Chinese smartphone manufacturer on Weibo. This device will debut alongside the Magic 3 series and Honor V7 Pro tablet in the same event. The image posted in the update reveals much of the phone’s design and other things too.

The phone has a roundish camera housing a triple camera array setup with the 64MP primary camera and a LED flash. On the front for selfies, the phone has a pill-shaped housing for the dual punch-hole cameras on the top right-hand corner.

Although Honor didn’t reveal the dimensions, technology (LCD or OLED) or the resolution of the display – they did confirm the device is going to have 120Hz refresh rate. By the look of things, there is a fingerprint reader on the right-hand side frame, alongside the volume rocker button.

Honor also revealed, the phone will have 66W fast charging and the official render of Weibo confirms the two color options – Shiny Blue and White Gradient. The phone gets a 6nm process-based SoC, however, not clear which one. 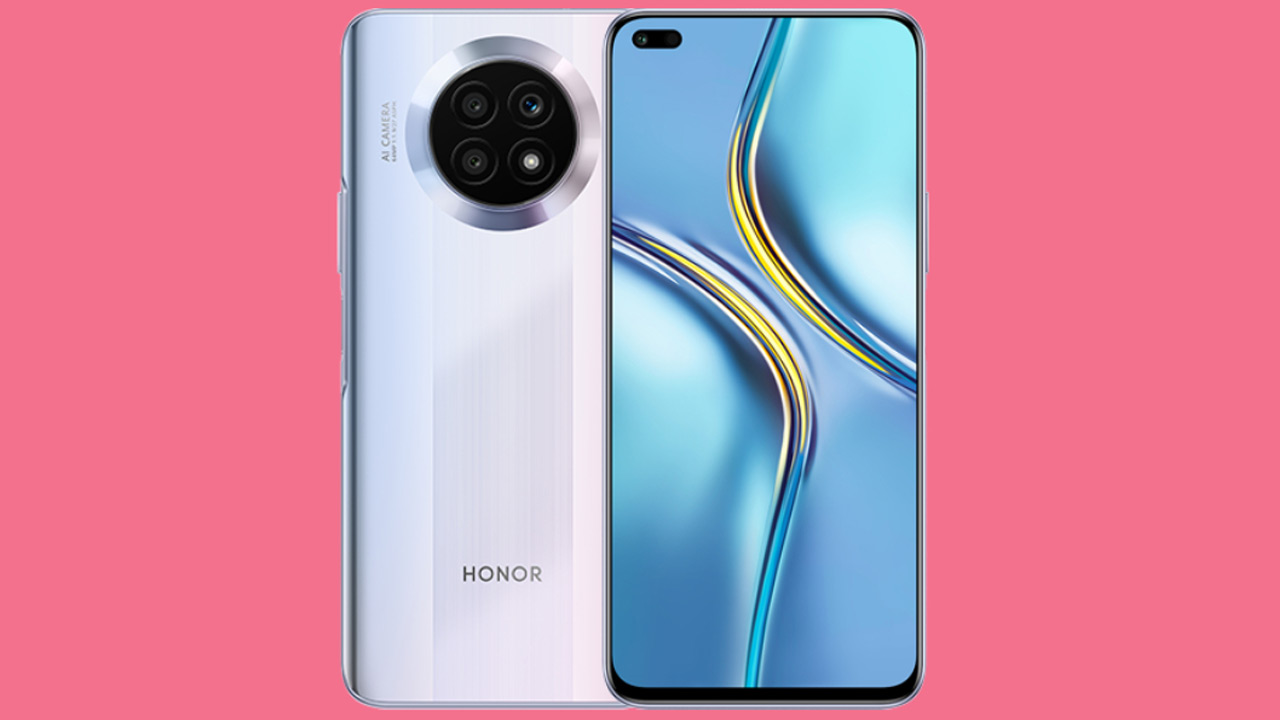 As per earlier rumors, the X20 will in all likelihood get the Dimensity 900 chipset loaded with two Cortex-A78 cores (clocked @2.4GHz) and six Cortex-A55 cores (clocked @2.0GHz). The GPU on this one is probably going to be the Mali-G68 MC4 and 5G connectivity is also confirmed by Honor.

Obviously, the company will position X20 higher than the SE model (priced at $278), and the expected price of the upcoming smartphone will be around $300. Other important features of the phone will be revealed for sure by Honor in the lead-up to the event in China, so do keep a watch on this one.