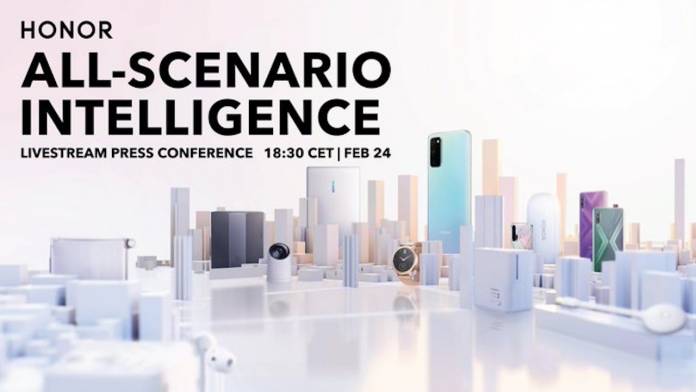 Despite getting continuous reprieves from the US over doing business with American companies, Huawei has still been developing its own operating system to prepare for a life without Google. Soon, we might see it in action if rumors are to be believed. The Chinese OEM’s subsidiary Honor has announced an event happening this February 24 and it looks like they will be introducing the Honor V30 and V30 Pro. More significantly, we might be getting the Huawei Mobile Services with these new smartphones.

You would think that Huawei would bring Huawei Mobile Services, their replacement for Google’s proprietary ecosystem, to its upcoming P flagship devices. But that, well, honor, will supposedly go to the soon-to-be-announced Honor V30 and V30 Pro. So whatever new features and hardware those phones may be rocking may be upstaged if indeed it launches with HMS and Huawei’s future may be at stake.

Huawei has been working on HMS for some time ever since the US started accusing it of collusion with the Chinese government, forbidding American companies including Google from working with them. This is supposedly the replacement for Google Play Services and includes an AppGallery App Store, Huawei ID accounts, Huawei Mobile Cloud storage, among other things. They will also soon have their own maps powered by TomTom.

The question on everyone’s mind would be if users will noticeably miss having Google Play apps on their device or if their version of it would almost still be the same. If people who are so used to all Google stuff would rather just stick to smartphones that carry Google’s apps, then that would eventually become a big problem for Huawei. But if people are okay with using something different, then the Chinese company will be able to breathe a sigh of relief.

The Honor All-Scenario Intelligence Conference is happening on February 24, 2020. You can tune into their Livestream to be updated on what they will be launching. This was probably supposed to be part of the now-canceled Mobile World Congress.

Join us on our mission to create an intelligent world for the youth. Tune into the LIVESTREAM for the HONOR All-Scenario Intelligence Conference on February 24, 2020 at 18:30 CET. #HONORIntelligence https://t.co/4BiUVTSyFH