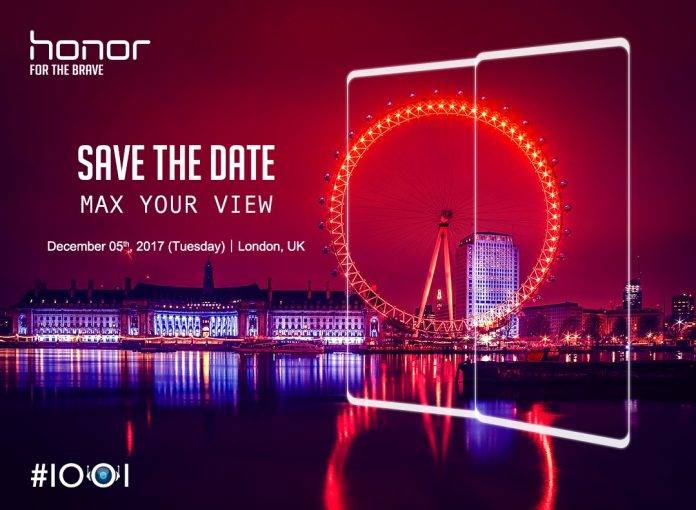 We’re 11 days away from the official Chinese announcement and 15 days from the London reveal of the Honor V10 and so, of course, we have all sorts of specs leaks and rumors. XDA Developers received exclusive firmware details stating that the upcoming device, which is reportedly a lower and cheaper edition of the Huawei Mate 10 Pro. Newish details about the smartphone say it has an 18:9 display, a 3,750mAh battery, an all-metal body, and unlike most of the flagship devices now, it will still have a 3.5mm headphone jack.

The firmware information was from FunkyHuawei.club and some of the information confirms earlier leaks while some contradict it. The display panel will indeed be 18:9 and it will have a 5.99-inch LCD panel with a 2160×1080 resolution. Inexplicably, the battery of the Honor V10 will just be at 3,750mAh when the previous V9 was already at 4000mAh. Rumors were saying that the rear cameras will have the Leica camera branding, but the document says it won’t. It will have a 13MP front facing camera and most likely a dual rear camera.

While the Honor V10 will supposedly have an all-metal body, it won’t have IP68 water and dust resistance. It will run on Android 8.0 Oreo with the Huawei EMUI 8.0 on top. And bucking the trend of getting rid of the 3.5mm headphone jack, this one will still have it, unlike the Huawei Mate 10 Pro.

The global announcement is set on December 5 in London but a few days before, it will be officially launched in China on November 28. We’ll find out soon enough whose leaks are more accurate.