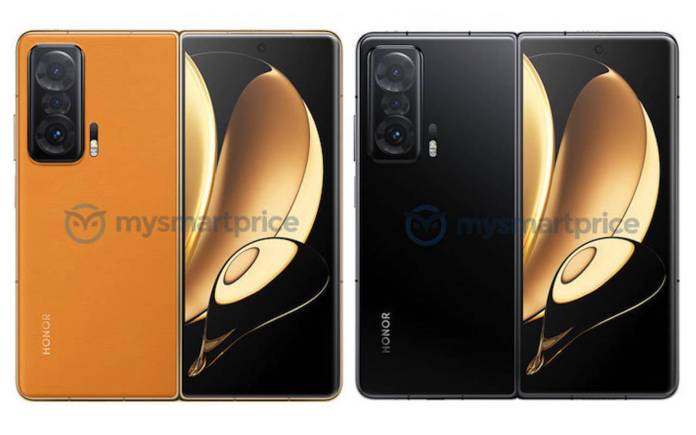 Honor is ready to join the foldable game with the Magic V. It’s ready to jump into the mobile business. The Chinese OEM that used to be Huawei’s sub-brand has been teasing the device for several weeks now. A teaser video surfaced online. It’s believed to be a foldable phone game-changer. The launch date has been confirmed already and we’ll see the phone on January 10, Monday. The phone will come with premium specs and features including 12GB of RAM and Snapdragon 8 Gen 1 processor.

The Honor Magic V will be released in China. MySmartPrice has shared the image renders of the phone and they look legit. There will be three color options: Black, White, and Orange. The latter will come with a faux leather finish. The other two appear to have a glass back. The white shows some kind of striped pattern while the Black looks glossy.

Tech enthusiast Ishan Agarwal also shared complete specs of the Honor Magic V. It will run on Qualcomm Snapdragon 8 Gen 1 processor. The 6.45-inch screen will be slightly curved on one side. 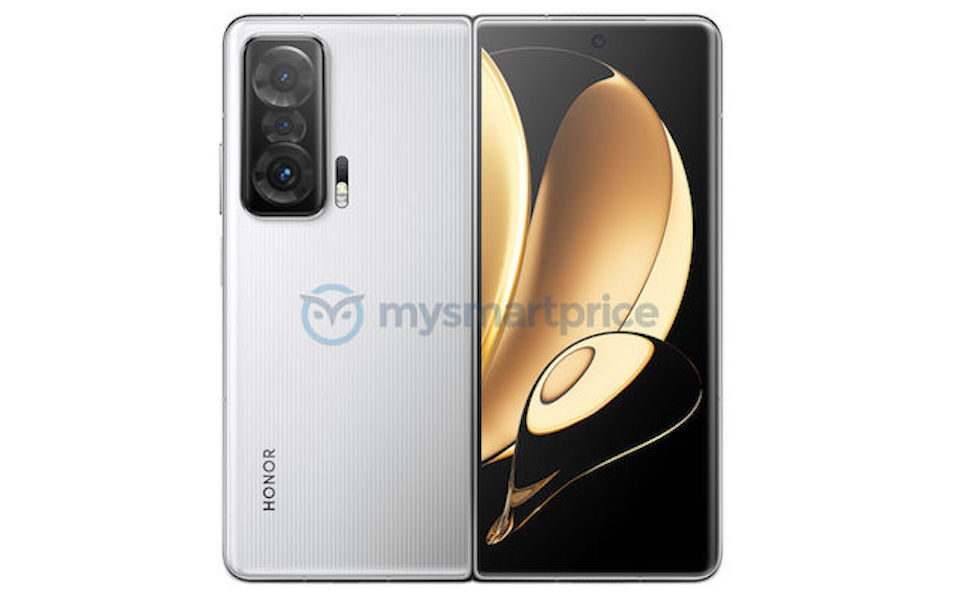 The announcement of the smartphone will be next week. It will probably compete with the Xiaomi Mix Fold 2 and the Samsung Galaxy Z Fold 3. Let’s wait and see.