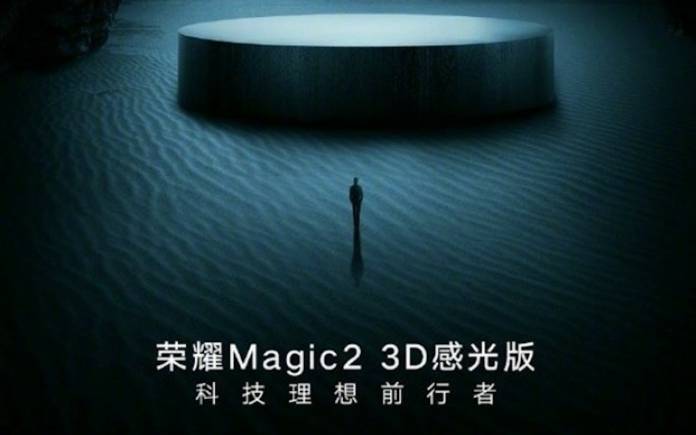 The Honor Magic 2 was officially announced in October 2018 after several rumors and teasers. It arrived with a slide camera design and a total of six cameras. The slide-out mechanism was revealed by a teardown. We shared with you ’10 Things You Need to Know’ and now we’re learning the 3D variant will soon be available. This is something new to use but the 3D scanner is a welcome addition. Nothing much has changed, the Honor Magic 2 still has the same dual 2MP depth sensors on the front. The Honor designers simply added the 16MP selfie camera.

Most of the same specs can be found: Kirin 980 processor, slider design, and 3500mAh battery with 40W fast charging. From 6GB RAM and 256GB onboard storage, the Honor Magic 2 3D gets 8GB of RAM and 512GB onboard storage so it’s faster and more can be saved. A graphene cooling pad has been added to help keep the performance

Honor Magic 2’s 3D scanner is more powerful in the sense it can track 10,000 points. It works in the dark and offers reliable security via the Face Unlock. In China, it can be used with AliPay. The latter is the mobile payment platform of Alibaba.

You can now avail of the new Honor Magic 2 3D for CNY 5,800 which is about $870 in the US. A promo is ongoing until March 15. Just answer this important question: If you had Einstein’s brain, what would you most like to invent?

The phone will be out on the 15th of March in China. No word if it will out in other countries but we’ll let you know soon.