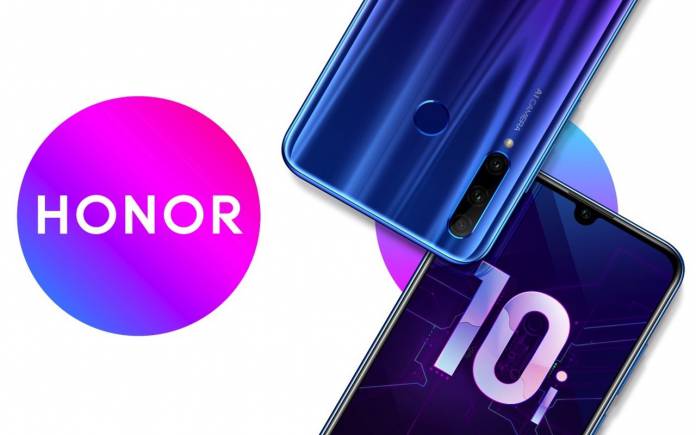 It can get confusing at times but Huawei’s Honor line product names and model numbers don’t really follow a succession. The Honor 8 was introduced in 2016 followed by the Honor 9 the following year. Last year, the Honor 8x and the 8x variants were then introduced. Now we’re looking at the Honor 10 and Honor 10 Lite both ready for the mid-range market. Following the Honor 10 is the Honor 10 Lite. Today, we’re seeing this Honor 10i as the latest variant. The information we have is limited given the source is in Russian.

The Honor 10i boasts three rear shooters: 24MP f/1.8 sensor, 8MP f/2.4 ultra-wide angle snapper, and a 2MP depth sensor. There is an impressive 32MP front-facing camera that can be any selfie addict’s best friend.

Huawei’s sub-brand Honor has decided to use triple rear cameras plus the high-specced selfie shooter. The phone features a large 6.21-inch 1080 x 2340 display, 3400mAh battery, 128GB onboard storage, and 4GB of RAM. The battery is only 3400mAh but it still is good enough.

No information on the launch schedule in other key markets. We just know the next future Honor smartphone should beat this Honor 10i.