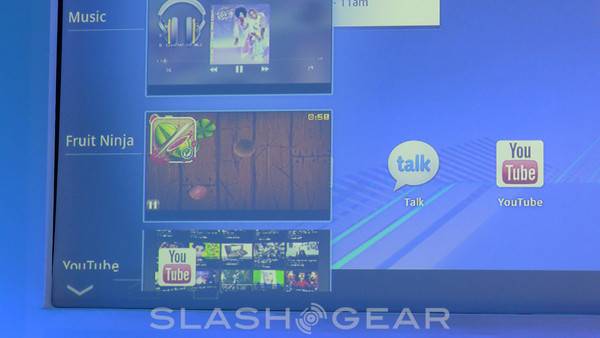 One of these demos was of Google’s new Google Body, an application to explore the human anatomy. Scrolling and panning through the 3D render of the human body was incredibly smooth. He also took the demo to Google’s new Music application. The app itself is focused heavily on the 3D graphics and offers up an intense visual approach at sorting music.

Check out images from the 3D applications in the gallery below and expect a 3D video demo here shortly!