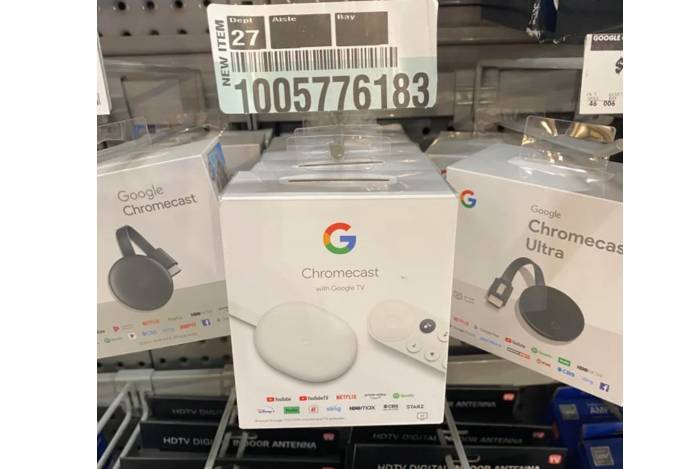 We’ve had several leaks of the upcoming new Chromecast with Google TV but all of that was still unconfirmed. We were waiting for the official announcements happening on September 30. But it looks like the folks at some Home Depot stores did not get that memo as they have started seeing the new device from Google. It confirms most of the things we’ve learned about the products from rumors and leaks including the fact that they are most likely rebranding Android TV to Google TV.

Folks on Reddit started posting about the premature selling of the device even without the official announcement from Google. The Verge also reports that they were actually able to buy the device from some of the stores and the staff did not prevent them from doing so. But the receipt actually doesn’t say Chromecast but Sabrina-Abbey Rock Candy which is the codename of the device which means they really are selling the device without the go signal from Google.

The packaging itself says Chromecast with Google TV which may give credence to the news that Google will be rebranding Android TV to Google TV. We don’t know yet what the differences will be or if it’s just a name change. It also comes in a white finish that is referred to as “snow”. It also sports the leaked oval design we’ve been seeing. While Sabrina is indeed the code name Google has been using, we don’t know where Abbey comes in.

This is the first dedicated Chromecast remote that Google is releasing so it’s a pretty interesting product to have for those who are looking for something to use with their TVs. Maybe the folks at Home Depot were also excited about selling the product which is priced at $49.99. No response from Google yet.

In any case, all will be officially known on September 30 as Google unveils their new hardware which may include a new Nest speaker and Pixel devices. But if you can’t wait for one more day, try and see if your nearest Home Depot still has “Sabrina” on their shelves.