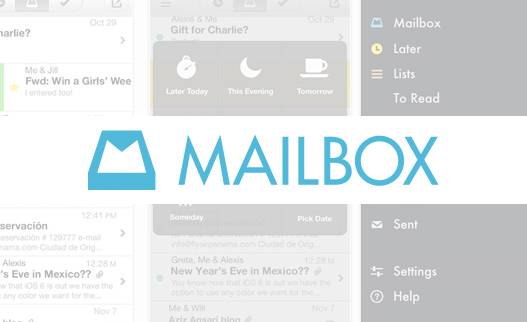 There’s been tons and tons of hype and excitement around the extremely popular and fairly new iOS mail client simply called Mailbox, and I’m sure a few Android fans were hoping we’d get it too. Well worry no more because according to their Twitter feed an Android version is in the works, it just won’t be here anytime soon.

Mailbox has been rather popular over in iPhone land, and their sign-up wait list was pretty darn long and saw hundreds of thousands of users waiting for an invite. Today the developers confirmed that a desktop version was in the works, one for the iPad, and most importantly Mailbox is coming to Android!

They didn’t come right out and say they were planning on releasing Mailbox for Android, but after a few Twitter followers begged for more answers they finally gave us one. Stating that both the desktop and Android version was on their roadmap. Then later confirming other platforms will be “coming down the road – including Android.” 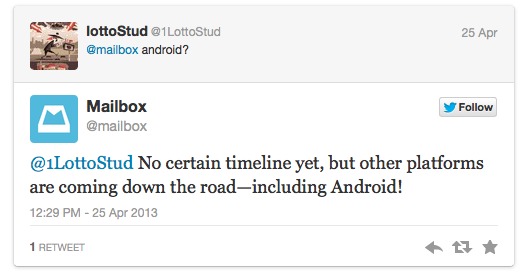 The comments don’t really help us out much though, as it sounds like Android is and will be an afterthought that gets support – eventually. That could mean another 6 months or longer before we even see it arrive. Hopefully we hear more soon. I love Gmail but wouldn’t mind trying out something else that looks as promising as Mailbox.