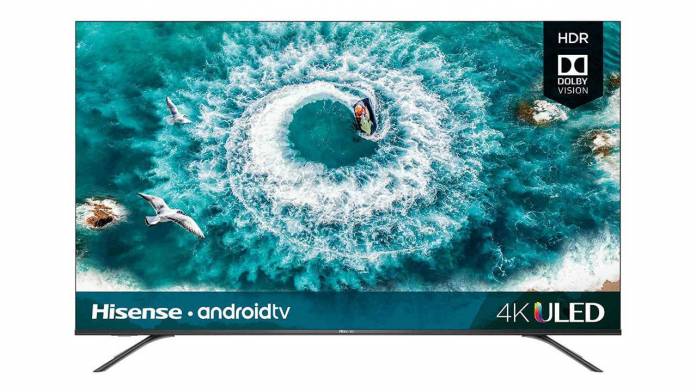 If you’re in the market for a new smart Android TV that won’t cost you an arm and a leg, there are a lot of Chinese brands out there that offer a relatively less expensive alternative than the usual Sonys and Samsungs. HiSense is one such brand and they have now announced their 2019 ULED Android TV lineup which starts at around $399.99. The new models have support for things like built-in Google Assistant, Alexa, HDR, local dimming, and other useful features.

The HiSense Android TV lineup includes the HiSense H8F series and the slightly more expensive and more packed HiSense H9F series. The H8F models have built-in Google Assistant and if you prefer Amazon’s digital assistant, it also supports Alexa. You have support for dbx-tv audio tech for better sound quality and Motion Rate 240 smooth image processing. It also has a greater than 90% DCI-P3 wide color gamut, up to 60 local dimming zones, and has support for HDR10 and Dolby Vision.

Meanwhile, the H9F series obviously has more updated specs. This means they come with Motion Rate 480, up to 132 local dimming zones, 100% DPI-P3 wide color gamut, and to give you a more cinematic feel, wide viewing angles. It also has support for both Google Assistant and Alexa as well as Dolby Vision and HDR10. It has Quantum Dot technology and a 120Hz native display panel.

The HiSense H8F series is already available through Amazon and Best Buy. Meanwhile, the HiSense H9F series will be coming soon, in June to be more specific.