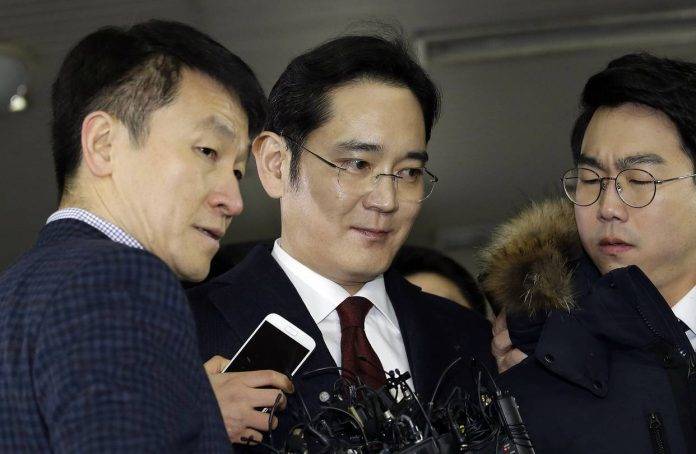 If you’re up to date with world current events the past months, then you’ve probably heard and read about the national corruption scandal in South Korea, resulting in the impeachment of President Park Geun-hye last December. This has also led to more investigations and a lot of big names are caught up in the issue. Lee Jae-yong, the vice chairman of Samsung Electronics and son of the current chairman, now finds himself in hot water as well as special prosecutors are calling for his arrest for his involvement with the main player in the scandal.

Choi Soon-sil is the confidante of then-President Park and has been accused of clearing around $70M through questionable means. The two foundations he is running is said to be just a front for currying political favors through his connection to Park. Lee, who is handling more of a leadership role in Samsung due to his father’s poor health, allegedly told some of his executives to make off-the-book donations to the foundation. Reports are saying that it was as much as $36 billion.

Samsung has also reportedly placed contracts with a German consulting firm that Choi is also operating. While these are still unproven reports, Lee did admit that the company bought Lee’s daughter a horse worth $900,000. All of these things were done supposedly to get more preferential regulatory treatment, because of Choi’s influence with the government. The latter is now facing charges of coercion, bribery and abuse of power.

State prosecutors plan to file charges of bribery, embezzlement, and perjury against Lee. A South Korean court will review the request on Wednesday and he is expected to appear before a judge who will take a look at the validity of calls for his arrest. Samsung’s official statement is that they“did not make contributions in order to receive favors”.