The whole Android community isn’t immune to Google’s teasing of its new products, services, and even events. Every year, the tech giant holds its biggest conference where the latest offering will be unveiled. The next Android version is usually introduced so brace yourselves for Android P related rumors in the next few months. We may also see new Chromebooks and Pixel devices. At this point, we have no idea how these gadgets will advance. We just know I/O 2018 will be as fun and grand for the geeks and nerds.

The Google Developers (@googledevs) tweeted that “Plans are coming along for #io18” with an image of numerous I’s and O’s. The I/O font is used but they appear to be digital signals in binary code. When translated, it points to google.com/io. Once you get to the site, you are asked to start exploring to “Go behind the scenes with the I/O 2018 team”.

You are then taken to a Google Maps Street View location which is the Google Developers office. Go inside and you will see several hints. Explore the room and there are eye icons that will appear on different items. These are clues. We saw three initially.

On the reception table is a calendar that says August 5 which is ‘National Sisters Day’.

Click on it and you will be shown this:

Explore the table and you will see a plate of sushi:

Over at the lounge area, there is a ‘Sister Carrie’ book on the coffee table.

So far, we know the hints refer to “sisters”. Oh, so that’s why there’s this painting: 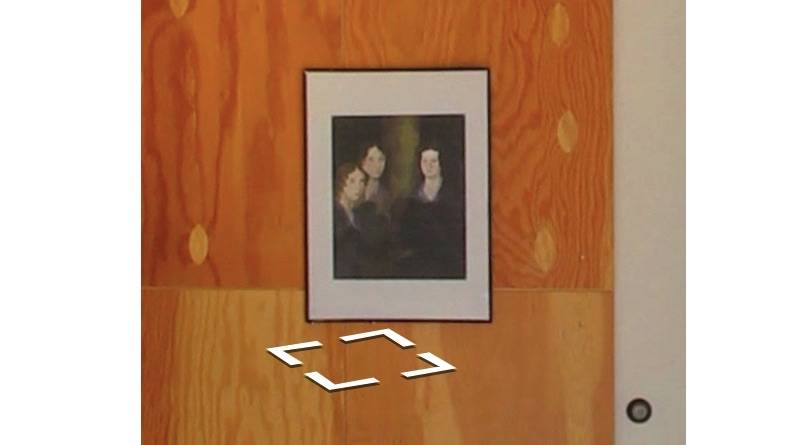 Try to unlock the yellow door by entering “Iwata” on the space which is the sister city of Mountain View. 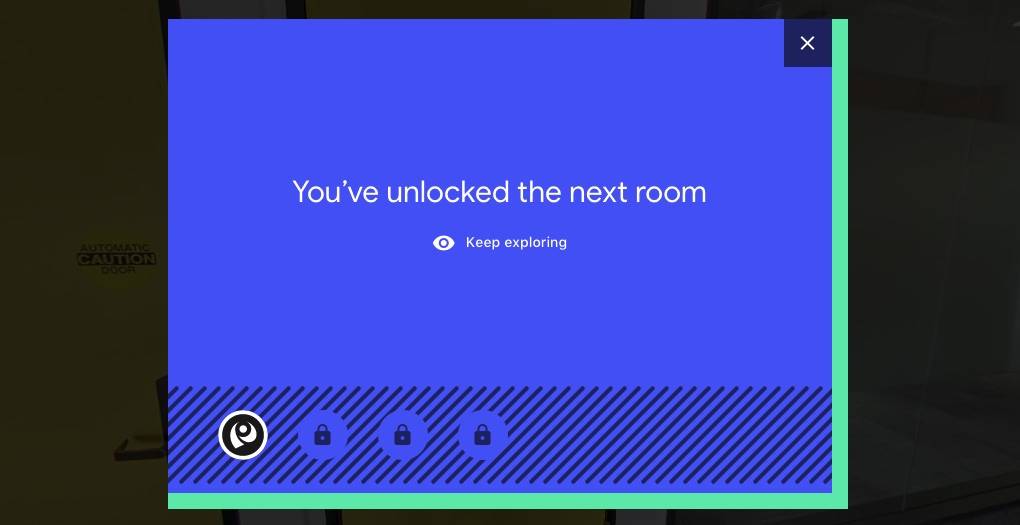 Now you’re inside a conference with an “upside down cake” on the table. Well, the first thing that comes to mind is a pineapple cake. Could this be Android P? Android Pineapple? 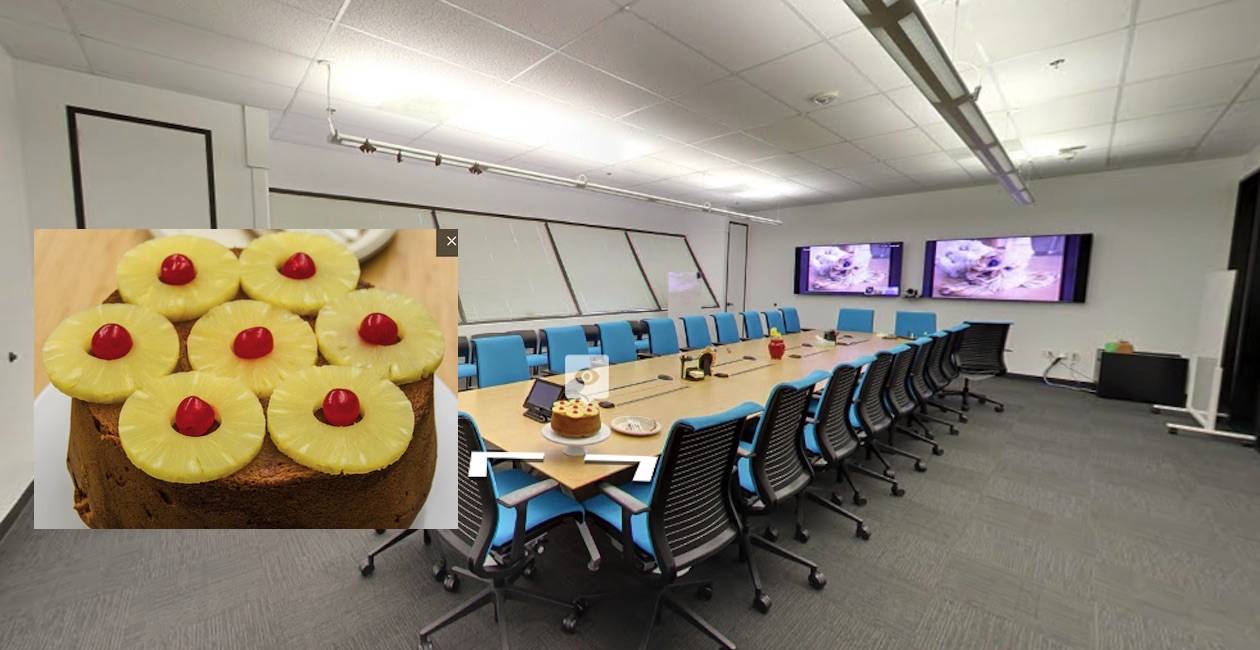 At the other end of the table is a chess board game. 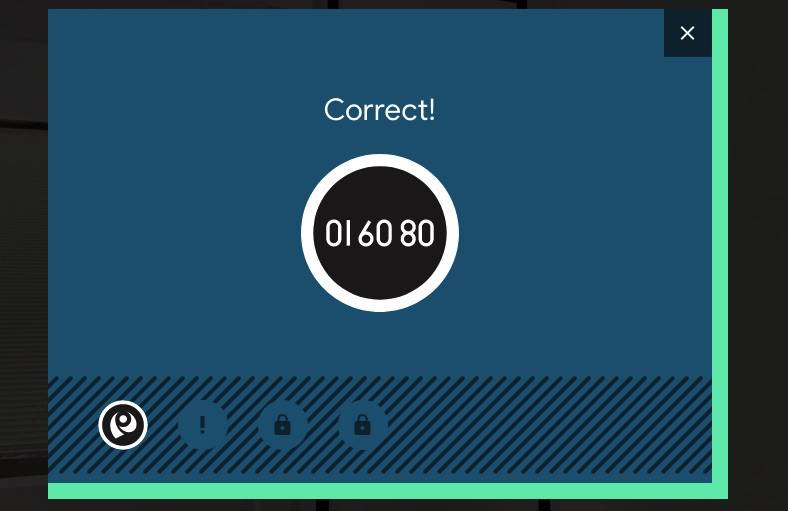 Now you’re inside the pantry where you see yams and an ad about ‘Paws Swap’.

Try to unlock the door by typing ‘yam’. 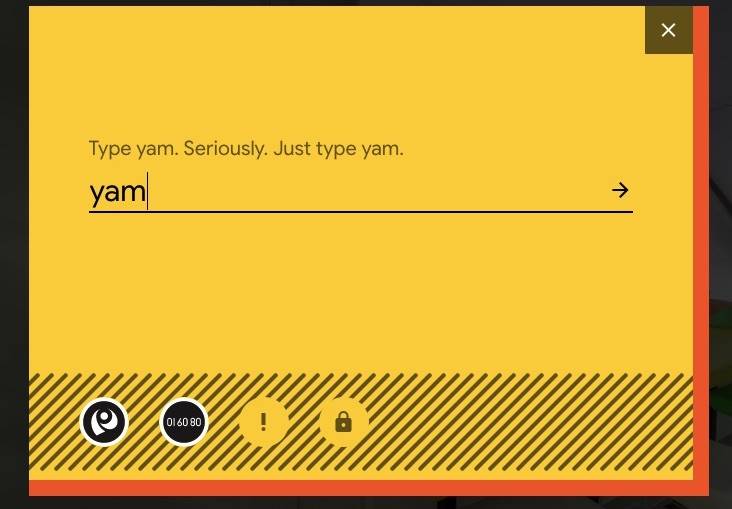 The room appears to be a lounge.

The last clues have something to do with Aeschylus (an ancient Greek tragedian). The name that Google seeks? Aeschylus!

Unlock the other door and you’re inside another office.

Turn off the lights and you’ll see this.

Walk to the other side of the room to launch this… 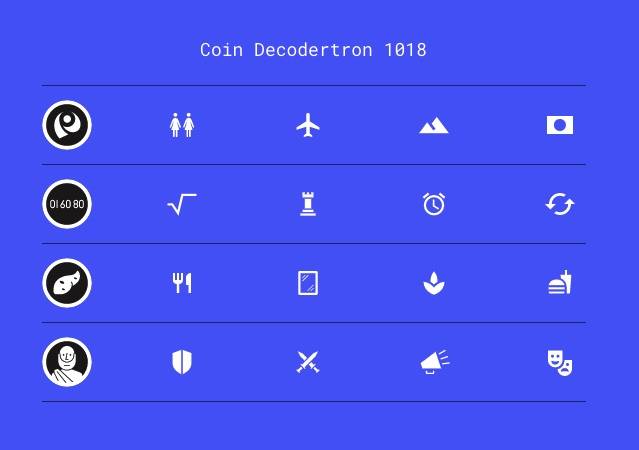 Honestly, we couldn’t figure this one without research. All we can say is “phew!”. A for effort, Google.