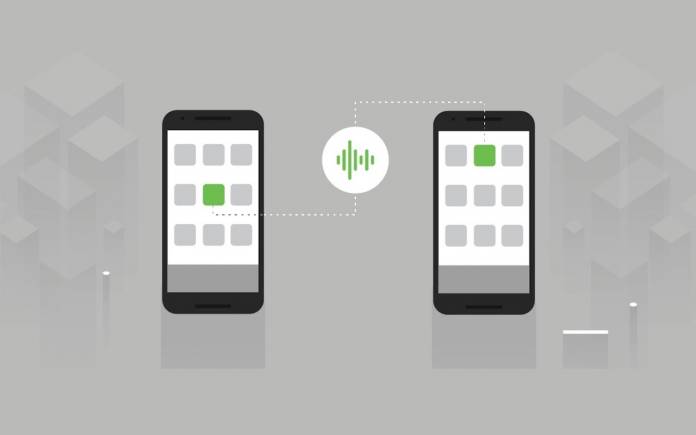 The Android Q is about to be revealed. While waiting for the name of the dessert that will be served next, Google is giving us a glimpse of the features and improvements. Much has been said about Android Q but nothing much on the audio department. Of course, we know it will be enhanced further but as to how, our knowledge is limited. That changes today as the Android development team just shared how audio is captured in Android Q. It seems technical but it’s as simple as having a new API that lets apps to capture the audio of other apps.

Special features include game streaming and recording. Recording and streaming of in-game sounds can be done. Live audiences can listen to the audio so the game content can be shared and spread to a wider reach. On the developer’s part, he can disable audio with the help of the API.

Live caption is also allowed. This means the audio content of an app playing may be translated or captioned. It’s not for later use but can be used in real time. This allows for further engagement with audible content. It can be challenging to listen in public but that’s why there are headphones for this purpose.

Capturing audio won’t just be enabled without you knowing. Record audio permission must be provided. The app capturing the audio will be asking for such permission before it can call MediaProjectionManager.createScreenCaptureIntent(). 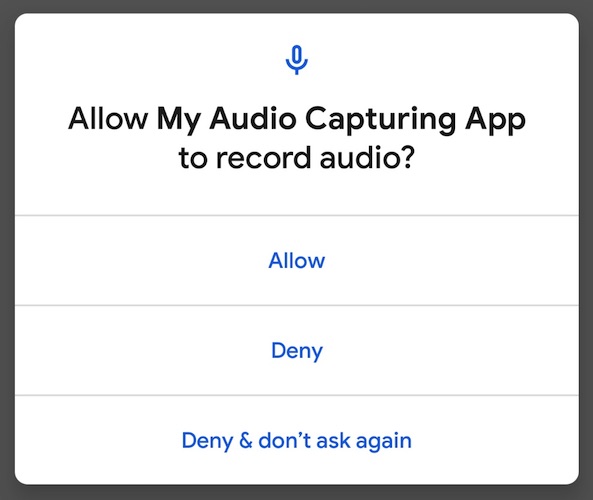 The user can Allow or Deny the app. He may also be warned that sensitive info may be exposed during casting or recording. 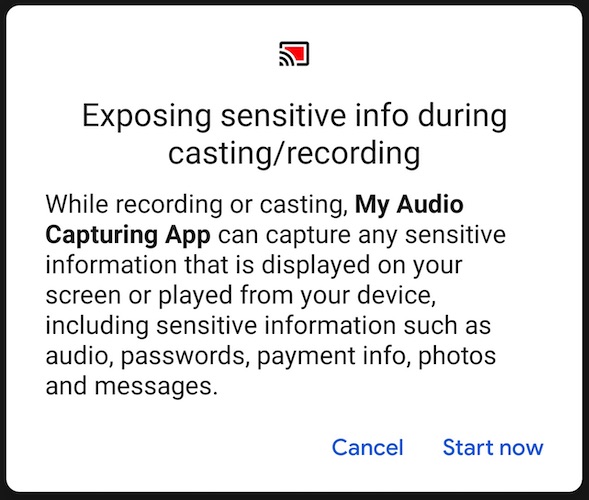 Capture can be disallowed. It’s up to the user to allow or disallow audio from being recorded by other apps if privacy and security are a concern. There is the possibility of copyrighted material or sensitive information to be shared so it’s better to be safe than sorry.