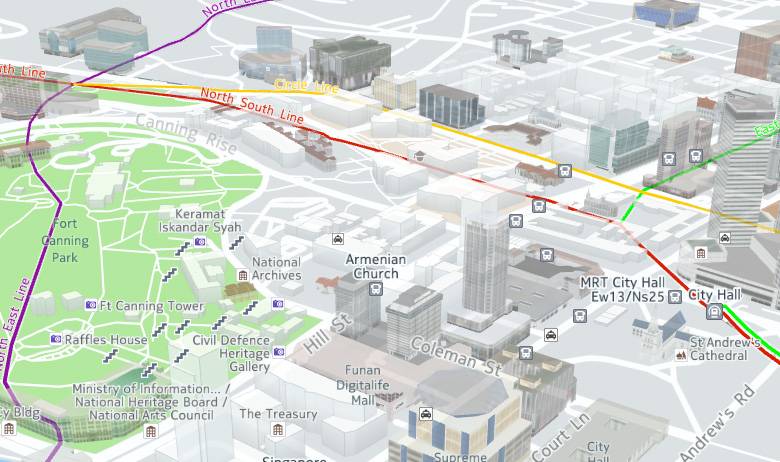 Nokia’s HERE maps have been pretty useful for a lot of users who travel a great deal (some would say even more than that other map). A new update from the navigation app sees even more additions and improvements to maps from various countries and cities, including reflecting current changes in roads and constructions, more accurate renderings of bodies of water, and better information for those commuting instead of navigating by cars.

HERE has added several countries to navigable status, specifically Cyprus, Mayotte, and Zimbabwe. This means, you now have access to turn-by-turn navigation in case when you’re driving through these countries. Other countries in Africa, like Comoros, Djibouti, Eritrea, Fiji, Gambia, Liberia, Madagascar, Sierra Leone and Somalia have maps that have been significantly improved, which means major roads have been identified and land usage information is also now included.

For all other countries featured in the app, one major addition to the maps is a better display of inland water like ponds, lakes, and rivers. However, the latter is pretty tricky since the size changes every season, but the developers are trying to present these bodies of water as accurate as possible. During the last update, Chicago was shown as a test of how the map can show public transit lines as well. Now, other cities are also bearing this information, including Kaohsiung, Taipei, Curitiba, Rio de Janeiro, São Paulo and Singapore.

If your HERE app isn’t updated yet, just wait a few minutes or days as they are still rolling it out to users. You’ll get a notification and instructions when it’s time to update your app. Don’t forget to restart once you’ve finished updating it so the changes will take effect.