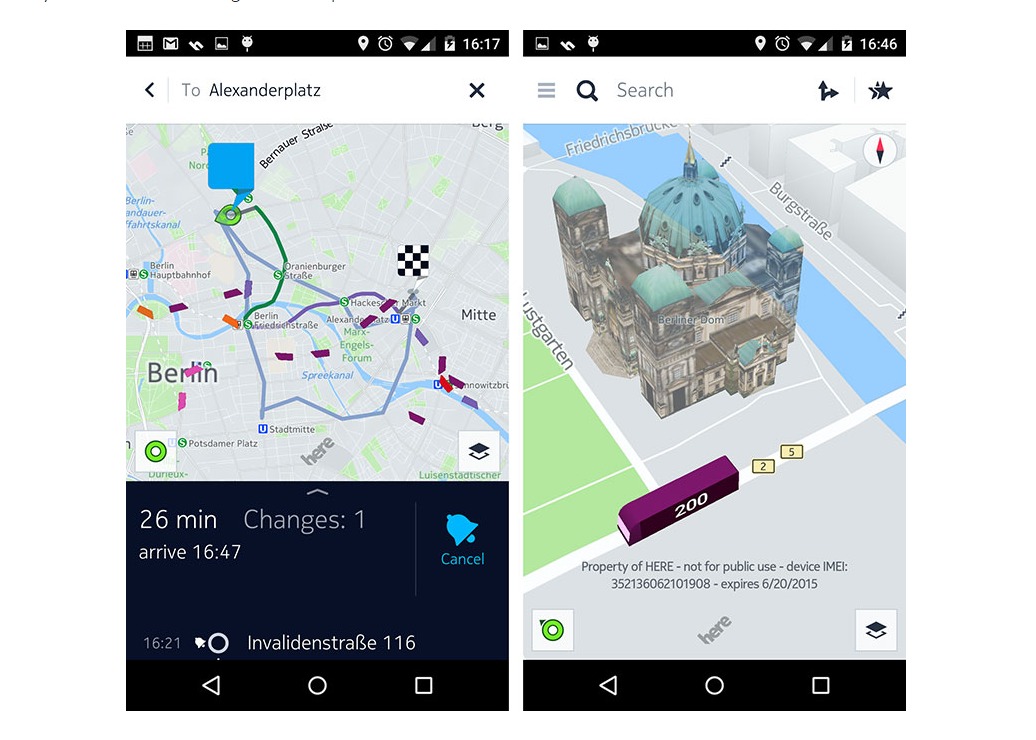 HERE has been a pioneer in making transit directions and information an integral part of their app, and others are following suit. But the team over there are not content on resting on their laurels and are in fact thinking of ways to make their app more relevant to consumers, specifically the commuters who have become reliant on HERE to go about their regular routine or even when visiting an unfamiliar place. Now, the software engineers are thinking of adding something in the future: 3D transit visualizations.

Basically, the idea is to show the transit vehicles like buses, trains, etc moving around in real-time in 3D. So when you’re waiting for the bus at the stop and you look at your HERE map, you can actually visualize just how far away the bus is and then show you in glorious (well, not really that glorious for now) form when it is slowly arriving at your bus stop. The idea also is if you click on a station, it should show you which transit vehicles will be passing through this stop. 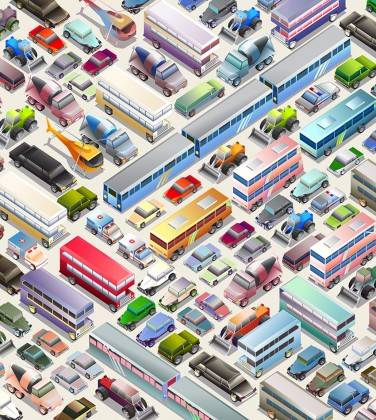 But lest you think that there would be the danger of information overload, particularly if your city has a pretty hectic transit system, you should be able to filter transit information and area size as well. They are also looking at giving you a transit alarm that should tell you when you need to get off your butt and onto a transit vehicle. It should also tell you when you need to prepare to get off the bus or train that you’re riding in. 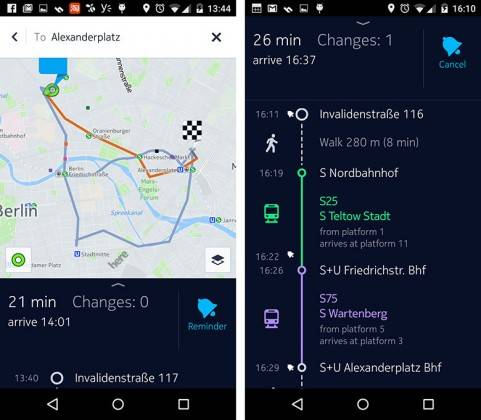 One issue that they may need to figure out in this 3D visualization is how to show trains in underground transit. They’re thinking of semi-transparent 3D trains but they would need to figure out how to show this when the subway also follows the same route as the main roads. Currently, HERE has transit information for 1,000 urban areas around the world, and they are hoping to add more to that list in the future.