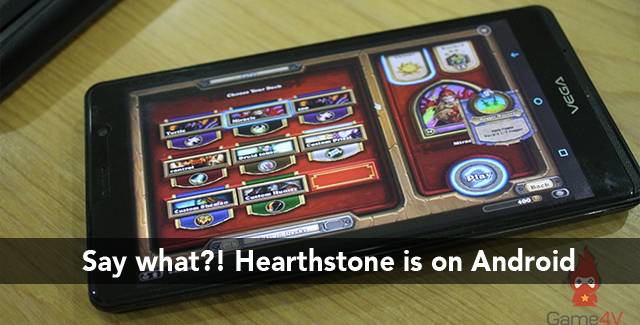 Android developers are a rather arduous bunch. If a feature or app is available for only a certain model or OEM, it will eventually get ported for others or at least have equivalent apps. Vietnamese game developer Khanh Hoang Tran did something similar, but in a totally different scale. He made Blizzard’s Hearthstone game, currently available only for PCs, Macs, and iPads, playable on Android devices.

Hearthstone is Blizzard’s most recent attempt to capitalize on the popularity of its World of Warcraft franchise. It’s a collectible card game or CCG (think Magic the Gathering) based on the same game universe, except it’s totally digital. Of course, CCGs are a dime a dozen on Android, but Hearthstone carries the weight of the WoW name. Unfortunately, it isn’t available on our favorite mobile platform.

Similarly peeved by the situation, Khanh Hoang Tran decided to scratch his own itch and try to bring the game to Android even without Blizzard’s blessing, much less help. What he did was to basically make the PC version of the game available on Windows run on Android. He mentions using some software that allowed him to do so but isn’t spilling the beans on that one, which might be a good idea should that tool be proven to be a rather controversial one. But even with the tool, he admits that it was no easy task, especially when it comes to getting around crashes and trying to make the game work on hardware it was never designed for. 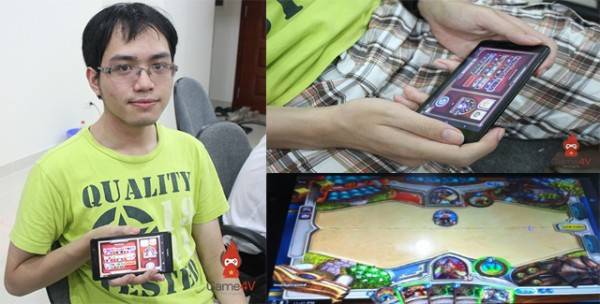 While this is undoubtedly an unofficial port, Hoang says he is able to play on official Blizzard servers, using his official Battle.net account, of course. That said, this version of the game isn’t available to the general public yet and so far works only on Hoang’s Android device. He does plan on creating a guide that will let others follow in his footsteps and enjoy the bliss of playing the game on their smartphone or tablet. That is, at least until Blizzard gets wind of this and starts cracking down on unsanctioned ports of the game.

VIA: Games In Asia