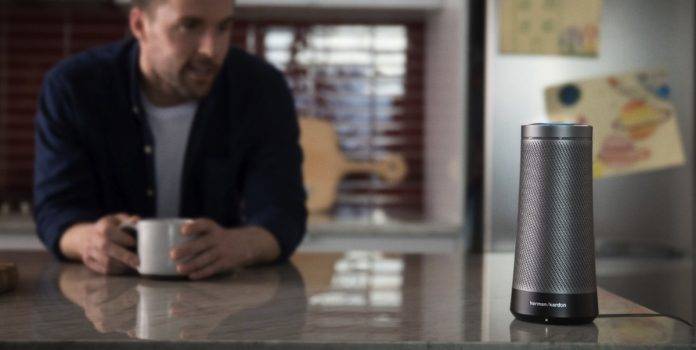 Samsung-owned Harman International has recently introduced a new speaker that makes it to the smart speaker category. The Harman Kardon Invoke is the latest voice-controlled device that speaks the language of Cortana. No, it doesn’t work with Alexa nor the Google Assistant yet but only with Microsoft’s very own voice assistant. As with the Google Home and Amazon Echo, this Harman Kardon Invoke takes advantage of a known AI system. However, we’re not so much familiar with talking to Cortana because there aren’t many devices that play with such.

The Harman Kardon Invoke is a premium speaker that offers 360-degree audio. The voice-enabled technology is relatively new for speakers but there is certainly a young market now. Thanks to the Google Home and Amazon Echo for being the first in the industry. This is one of HARMAN’s steps to deliver and improve on a “connected life through smart technology” according to Michael Mauser, the company’s Lifestyle Audio Division President.

This Harman Kardon Invoke with built-in Cortana can do a number of things like play music, set reminds, deliver the news, check traffic, and manage your activities, and calendar. Since Cortana is from Microsoft, it also integrates Skype so you can easily communicate over the program and make calls to any landline or smartphone. It’s a smart speaker so obviously you can use it control home temperature or turn on-off the lights when you need it to.

This partnership between Microsoft and Harman Kardon brings a premium smart speaker that boasts of a stylish design and excellent audio quality. It is also another step for the software giant to expanding Cortana’s reach.

Harman Kardon Invoke is ready in Graphite and Pearl Silver. The simple and sleek metallic design makes it an elegant fixture inside any room. It will be out in the United States later this Fall at Microsoft Stores and some retailers. No information on pricing and exact release date yet but we’ll let you know soon.