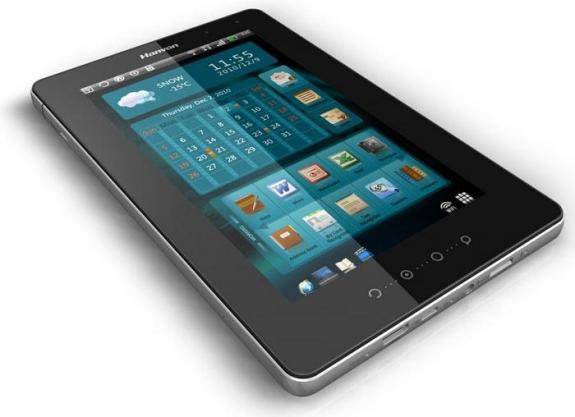 Inside there’s a 720MHz ARM11 processor paired with 2GB of internal storage and a microSD slot. Although it’s being billed as an ereader, it’s most definitely a tablet cross-over: there’s WiFi and Bluetooth, options for GPS and 3G, and a rear-facing 3-megapixel camera (along with a front-facing camera for video calls)

USB and HDMI round out the main specs, with the 3,300mAh battery tipped for around eight hours of reading (though we’re guessing significantly less browsing and media playback. The whole thing is 10.8mm thick with a magnesium alloy frame and a brushed stainless steel shell, and Hanvon has even thrown in their own custom handwriting recognition.

[via The Digital Reader]