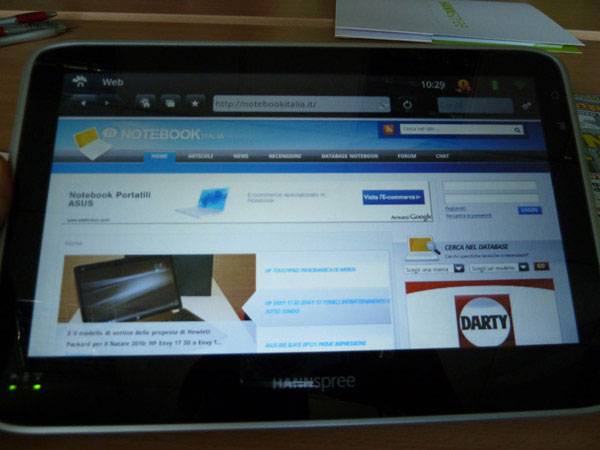 The geeks over at Notebookitalia attended a meeting where the pricing details and specs for some new Hannspree tablets were offered up. The new tablets include the SN10T1 for Q1, the SN10T2 for Q2, and the SN10T3 for Q3. All three of the tablets sound interesting and they will share a few of the same specs.

The last of the new tablets will land in Q3 and is called the SN10T3. This tablet has a 10.1″ screen but that screen has a resolution of 1280 x 600. It will run the Tegra II processor and have 16GB of storage. The operating system eon this tablet will be Android 3.0. It will also pack in WiFi, Bluetooth, and a camera for €449.