Google has rolled out the latest update for Hangouts on Android. This one brings the app to version 2.1 and users can expect to find a home screen widget as well as several improvements to the SMS experience. The widget will allow for quick access to recent conversations. 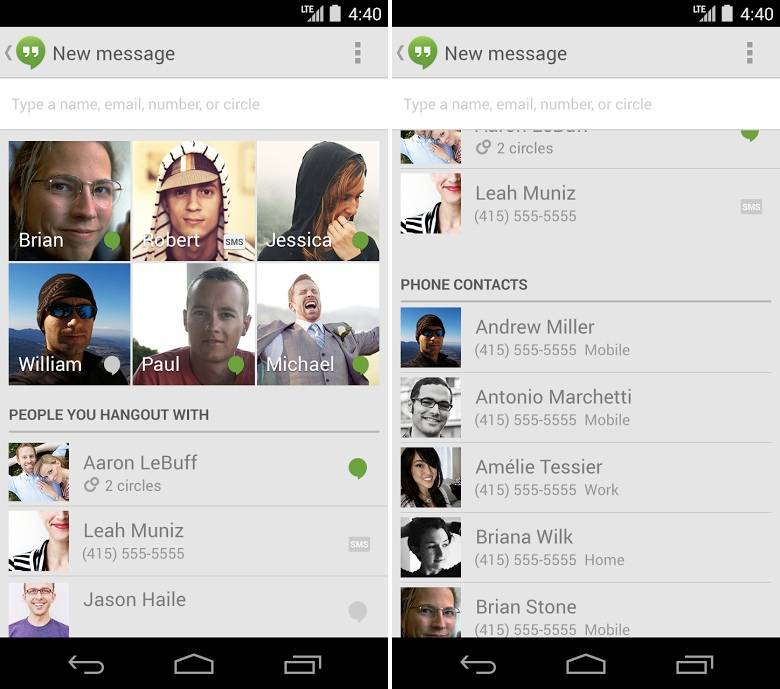 You’ll be able to send an SMS or Hangout message from within the same conversation, and you’ll also be able to tell which is which. You can look for the “via SMS” mention next to the name and time stamp. Google also mentioned you will be able to merge and unmerge conversations.

The other side of the SMS improvements deals with contacts. Hangouts v2.1 will bring two distinct sections in contacts. Users will see “People you Hangout With” and “Phone Contacts.” Lastly, there was also mention of performance improvements dealing with better quality voice calls and improved reliability around SMS and MMS messaging.

Hangouts can be found using this Google Play Store link.