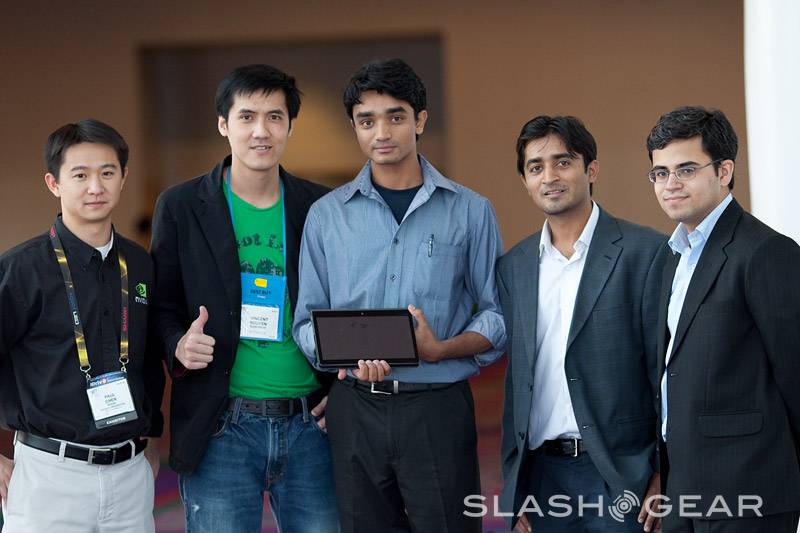 Notion Ink and their Adam tablet have captured the attention of many at CES 2010, it uses a Pixel Qi display and the new Tegra 2 chipset from NVIDIA. Our good friends over at SlashGear set down with Notion Ink company founder, Rohan Shravan and the Adam prototype at CES. They talked about the company’s plans and expectations, and of course, about their new hardware.

Don’t get too worked up about the Adam’s casing here, since it is just a prototype that was hand-made especially for showing the Adam tablet at this year’s CES. According to company founder Rohan Shravan the final hardware will be either 12mm thick or 14mm, with a minimal bezel. They also have a new UI in the works, the device at CES is using a bare bones Android OS.

Bear in mind that what you see in here are the company’s earlier working concepts, some of which date back to 2007; Notion Ink will be showing off functional versions at Mobile World Congress in Barcelona come February 2010. As well as touch control the tablet will respond to accelerometer movement in all directions, whether that’s for navigating through pages or controlling movement in games. The Adam will work as a window on one huge desktop, a UI which Notion Ink codenamed Enigma (there’s a concept shot of it in the gallery below), with the view moving as you tilt, shake and flip the tablet around. They’ve also developed motion-based gestures for common tasks – often tricky on touchscreens – like selecting, cutting and copying text and images.

As you can see, the Adam is an exciting device, and with the Tegra 2 chipset, it is capable of playing 1080p content on a HDTV or projector with an HDMI port. Check out our exclusive photos and never-before-seen video, but we only have a few pictures, for the whole enchilada…errr, gallery, head on to SlashGear.