Today here in Barcelona, the folks from Lenovo have announced a trio of Android 4.1 Jelly Bean powered tablets to take on the market. More importantly, Lenovo wants to take on Google’s own Nexus 7 with two aggressively designed and priced 7-inch tablets in their new A-series. Then we have a new Lenovo S-6000 10.1-inch tablet also coming soon. Check out all the pictures and specs below.

The names leave a little to be desired, and the specs could be slightly better too. However the new Lenovo A-1000 and A-3000 are both aimed at the Nexus 7, and are fun little 7-inch Jelly Bean slates. With Google rumored to have a second-gen Nexus 7 in the works these might be too late, however for those on a budget you’ll want to check them both out.

The Lenovo A-1000 offers a 7-inch 1024×600 resolution display, as well as a MediaTek 1.2 GHz dual-core processor. While both of those specs are lower than the Nexus 7’s HD display and quad-core processor, Lenovo promises it will “undoubtedly” be cheaper too. It also offers micro-SD support, 1GB of RAM, and 4 or 16GB of storage. Add on Dolby digital stereo speakers and Lenovo will be promoting this as a “Pocket Studio” tablet. We’ll report back when we know more details on pricing. 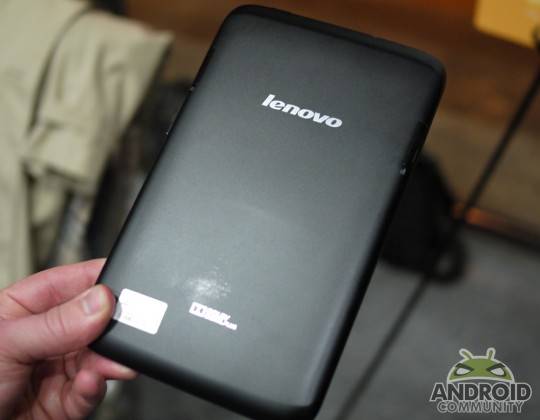 Unlike the A-1000, the A-3000 aims for a slightly more expensive crowd but still wants to compete in the Nexus 7 price range. Unlike the cheaper brother this model will come with a 5 megapixel camera on the rear, as well as a 1.2 GHz quad-core processor to beef up performance. The A-3000 rocks a 7-inch 1024×600 resolution, a faster MediaTek quad-core, 1GB of RAM, and also supports Micro-SD (which the Nexus 7 does not) and will have an optional dual-SIM HSPA+ model.

The A-3000 is about 11mm thick, weighs just 340 grams, and will support micro-SD cards up to 64GB of storage. Aside from the low resolution this could be a pretty good alternative to the Nexus 7. It also offers Dolby Digital surround sound stereo speakers. Interested? 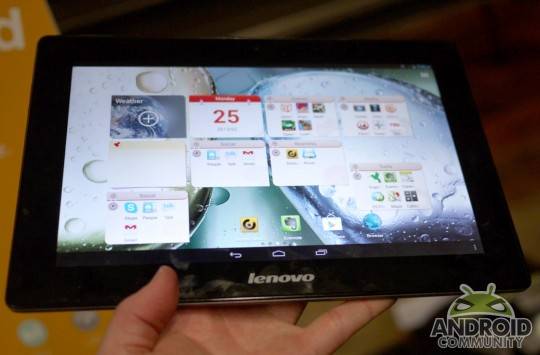 Last but not least, pictured above is the new Lenovo S-6000 10.1-inch 1280 x 800 resolution tablet. This is more friendly for the HD crowd, but again rocks the relatively unknown MediaTek quad-core processor at 1.2 GHz. The screen is an IPS display so should have great colors, but certainly be no Nexus 10. One thing that it does have going for it is a streamlined and thin profile. Being just 8.6mm thin it’s one of the thinner and lighter 10-inch tablets around.

The S-6000 also runs Android 4.1 Jelly Bean with a few of Lenovo’s tweaks, and supports a front VGA and 5 megapixel rear camera for photography and video chat. Lenovo claims the S-6000 will last over 8 hours with hardcore usage, will offer a WiFi and HSPA+ model, and will also be pricing this slate aggressively. Sadly all of them have a slightly cheap feeling in general, but we’ll reserve judgement for a full review.

Lenovo hasn’t revealed full pricing or launch dates of these slates, but they are expected to arrive in Q2 this year. We’ll certainly update as soon as we learn more.