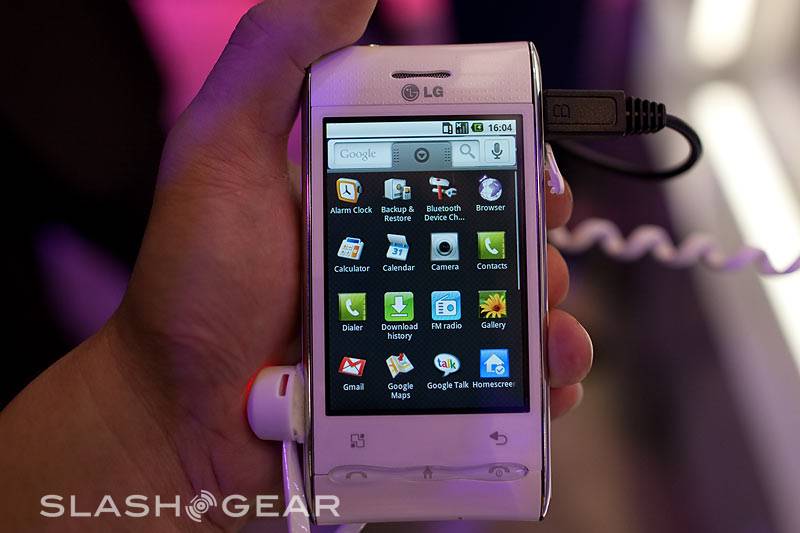 There’s no doubt that the folks from sister site SalshGear had fun over at CES with all the gadgets they put their hands on. One of those devices was the LG GT540 Android powered handset, which didn’t have as much “bang” as the GW640.

The LG GT540 is a touchscreen-only device and no physical keyboard, it uses a 320 x 480 resistive touch panel. There is 3G HSDPA connectivity, with WiFi and Bluetooth, it also has a 3.5mm headphones jack, GPS and microSD card slot. There’s a 3-megapixel camera with face detection and tagging on the back of the handset.

There are some changes to the dialer, and LG have placed their S-Class UI buttons onto the regular Android homescreen. They’ve also loaded a new media player app with native DivX support, among other codec types. LG’s “social media manager” is also there, which gives easier access to networks like Facebook via a widget.

Apparently, this new Android-based LG handset will arrive globally by April 2010, LG aren’t talking about specific carriers or pricing. Enjoy the pictures below, and let us know what do you think about this new LG device.