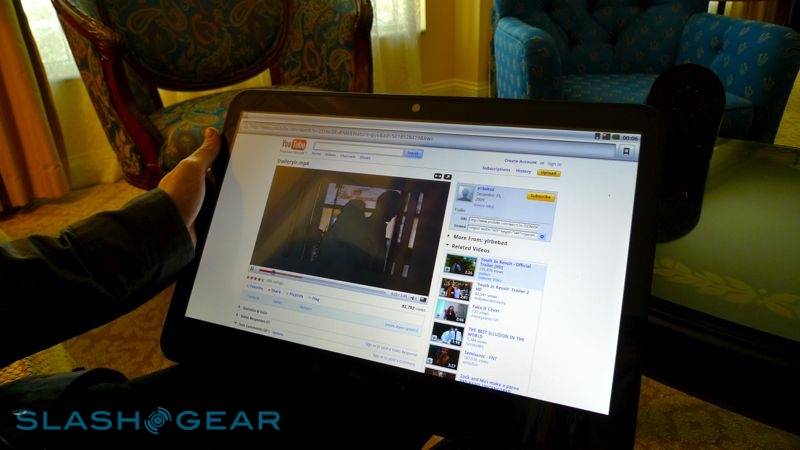 Here we go again with more on the new 15-inch Vega Android powered tablet, this one as you might remember, is heading to the UK via T-Mobile. Another hands-on by the good folks at SlashGear, to bring more on this ICD Vega tablet made for the family on the go.

The ICD Vega has a reworked OS, instead of Android 2.0 like the ICD Ultra, since they are targeted at different groups. Something that might be a deal breaker for some of the Android enthusiast, is the absence of the Android Market on this device.

The Vega needs to work on the accelerometer, which wasn’t working on the demo device, the manufacturer is also considering to add either one or two speakers to the included docking station. This dock uses magnets to keep the Vega at a usable angle on a table or kitchen counter, it also helps when watching videos.

What do you think folks, do you like the Vega or the Ultra? Both ICD and T-Mobile are planning to start selling the Vega later this year, but there’s no word on pricing yet. Enjoy the video below, and for more pictures head on to SlashGear.com, don’t forget to let us know what you think about these offerings from ICD.