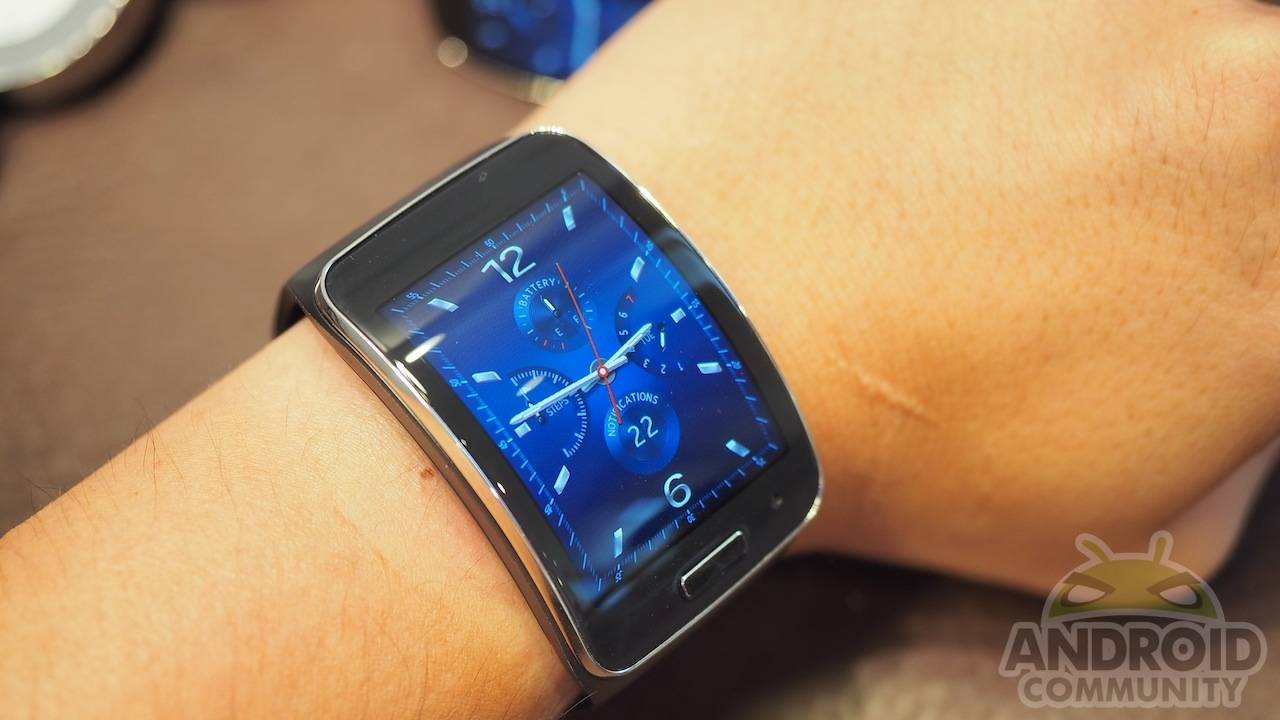 Is a smartwatch even smarter when it can get online itself? Samsung believes so, hence the new Samsung Gear S, which we’ve been playing with at Samsung Unpacked at IFA 2014. Pairing a curved 2.2-inch Super AMOLED touchscreen with a 3G modem, the Tizen-toting wearable only plays nice with Samsung’s Galaxy range, however.

Build quality is good, with Samsung opting for platinum plating on the shiny parts and the same sturdy black or white plastic we saw on the Gear 2 elsewhere. The silicone rubber strap isn’t, unfortunately, a standard size, but Samsung will be offering replacement bands for those who like to mix things up. 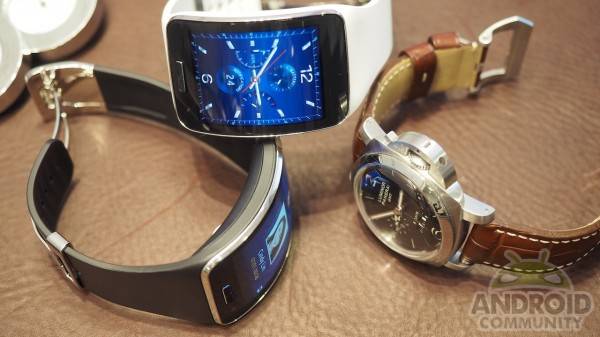 On the wrist, it’s certainly not a small timepiece. However, thanks to the curved shape, it does at least make an attempt to fit the contours of your arm, though those with smaller wrists might still find it clunky.

Next to the nanoSIM slot on the inside edge there’s a heart rate sensor, while inside along with 3G you get WiFi, Bluetooth 4.1, and GPS. There’s also a pedometer function and a sleep tracker, though the latter is only rudimentary, simply starting to count how long you’ve been asleep when you tell it you’re going to bed, and then stopping when you tell it you’ve woken up. There’s no automatic detection, as you’d get on a Jawbone UP24 for instance. 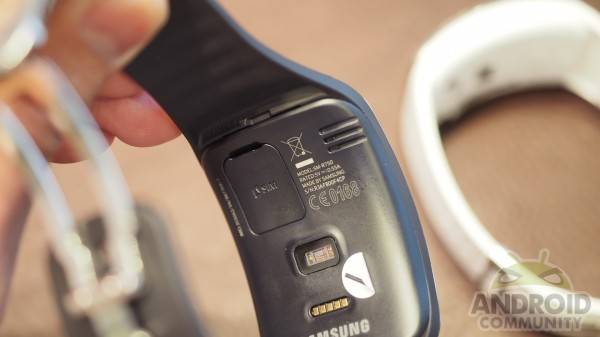 What has changed is how the results of that fitness tracking are displayed, with Samsung using a new UI which can show graphs for heart rate over time, along with path tracking courtesy of the GPS chip. The companion app store will offer more software, too; Samsung envisages a rudimentary browser to end up there eventually, for instance, while from launch there’ll be Nike+, HERE Maps, and Facebook apps.

The interface as a whole has been tweaked to make it simpler to use, too, with a leftward swipe bringing up the notification area – with response shortcuts, such as “Reply” for an SMS, or “Call” for a missed phone call – while a right swipe brings up the customizable widgets page. Text entry is either via a rather fiddly onscreen keyboard or voice recognition, the latter requiring an active data connection since it’s cloud processed. 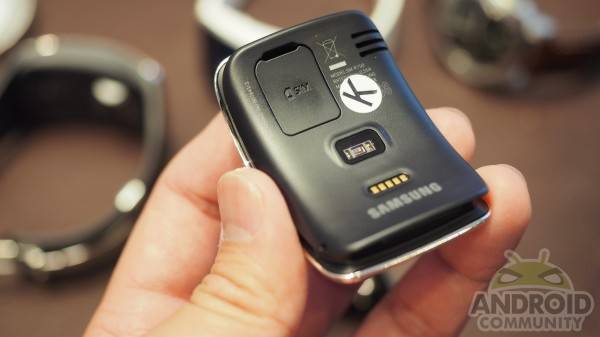 What we couldn’t test out was Samsung’s “two days of use” prediction for the 300 mAh battery, which seems on the presumptuous side. The Gear S will come with an updated version of Samsung’s charging cradle, complete with a built-in battery for mobile rejuicing, though it’ll only apparently manage a halfway top-up of the smartwatch’s own power.

While the Gear S will work on its own, paired with a Samsung Galaxy smartphone – though not any other Android device – you’ll also get notifications for any app running on your handset, just as per the Gear 2.

Samsung says the Gear S will hit shelves in October, though pricing and specific carrier support is yet to be confirmed.

There’s more on the Samsung Gear S over at SlashGear.