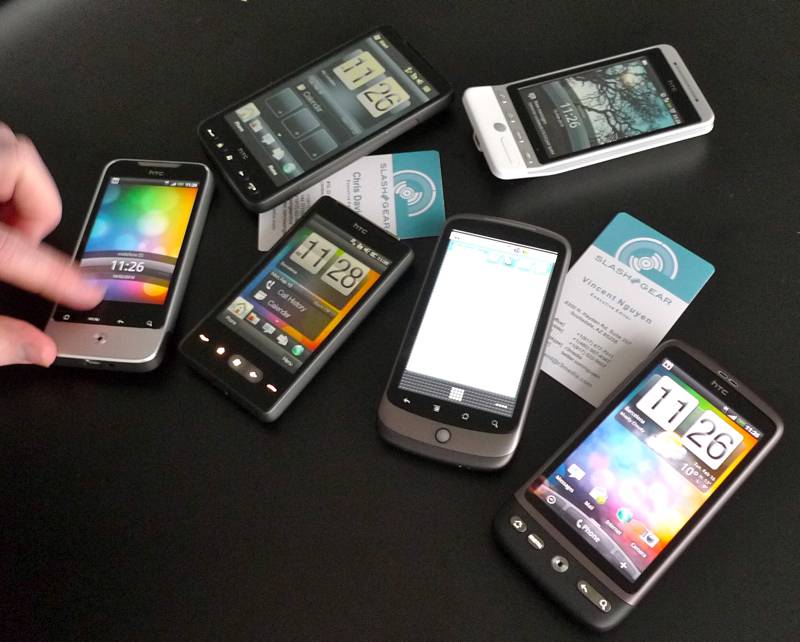 We grabbed a chance to sit down with HTC’s new Legend right after the press conference today, and the milled-aluminum Android 2.1 smartphone doesn’t disappoint. In terms of size it’s noticeably thinner than the Hero, and the MacBook-smooth casing feels fantastic in the hand. The only plastic to be found is around the 5-megapixel camera and the battery compartment cover, and the latter does double-duty as the antenna.

Like we found on the Nexus One, Android looks fantastic on an AMOLED panel, even when it’s a smaller 3.2-inch HVGA display. The capacitive touchscreen is responsive and slick, and HTC’s Sense widgets have also received a speed boost. The lag many users complained about experiencing on the Hero wasn’t evident on the demo Legend handset (which was connected via 3G rather than WiFi) and the pinch-zoom “helicopter view” snapped in and out without delay.

Similarly the Android 2.1 menus were responsive, to the point where we wondered if HTC had underplayed the 600MHz MSM7227 processor. We’ll have to wait until our demo handset drops to see if that’s the case with a well-used device, but so far we’re impressed by the optimizations. Until then, check out the hands-on gallery and video demo below!