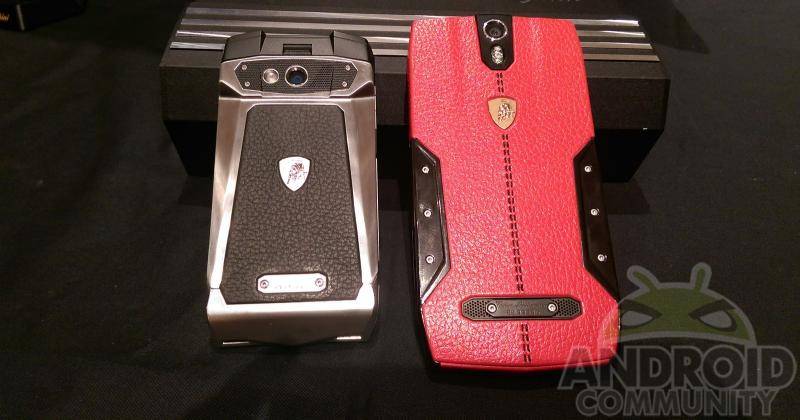 A lot of the exhibitors here at CES 2015 are showing off their latest wares, but some are not exactly the newest but are still perhaps worth flaunting. One of those is Lamborghini, who is putting on display two of its rather exorbitant smartphones, one of which dates back to 2013. The Antares and the 88 Tauri are probably one of the more aggressive luxury phones you’ll ever set your eyes on, and that is most likely by design. After all, nothing says luxury sports car than a smartphone that looks like a luxury sports car.

The older Antares reflects the trend of luxury smartphones almost two years ago, meaning mid-range specs with overpriced numbers. Here it translates to things like a 1.5 Ghz quad-core processor, 2 GB of RAM, a 4-inch display, and a $4,000 price tag. The 88 Tauri, on the other hand, was just announced last month and while it sticks to the pricing scheme, the specs see some significant improvement. There’s a 2.3 Ghz quad-core processor, 3 GB of RAM, and a 5-inch 1080p display to top it off.

Unlike other devices in the same category, like those from Vertu, for example, there is probably less class in a Lamborghini smartphone at first glance. The phones can be best describe as strong-looking, which is perhaps the intention as it would reflect Lamborghini’s line of cars. It is in the details, like the hand-embroidered leather, a metal body, and bits and pieces of gold here and there, that mark the device as a truly expensive device.

All in all, these Lamborghini’s are, without a doubt, extravagant pieces of electronics whose designs might not fit even most socialites’ aesthetic tastes. That also makes the smartphones extremely overpriced for their value, and customers looking for premium status symbols might look for their fix in other brands. Another detail that detracts from a happy Lamborghini experience is the case, which big and heavy. Perhaps this bulk and heft again speaks of the smartphone’s automotive roots, but it will probably not speak to users, even the more luxury-inclined ones. 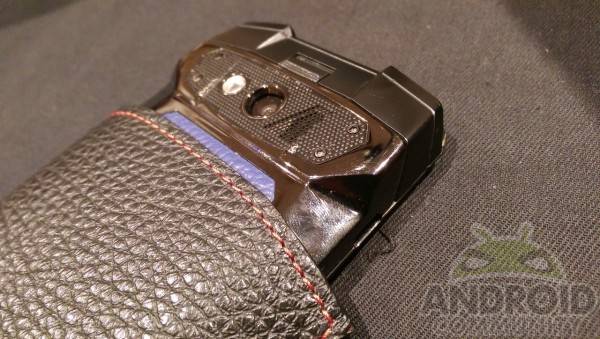